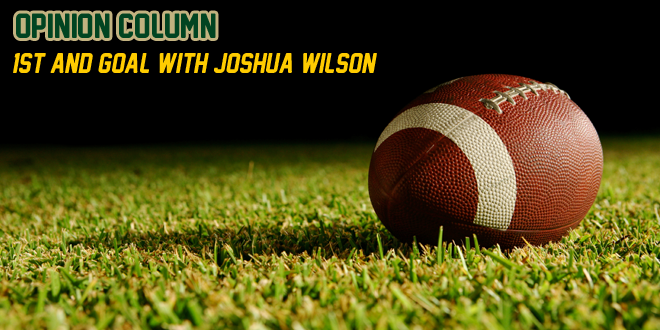 LAKE CITY – I can eat my crow (well I won’t eat crow, but you know what I mean right) after tonight.

Yep, I blew the pick between Bartram Trail and Columbia and I am pretty sure the Bears used our prediction as bulletin material and motivation for tonight’s game.

However, I was probably treated to one of the best playoff games I have seen in a longtime.

But, then again what I also saw was one team coming out with a game plan that ran flawlessly and one that buckled and let the other team stay around.

Take for it what is worth, Bartram Trail deserves this 29-24 win over Columbia last night. They played and fight for it and they got it.

Now looking back at the game here are some thoughts:

Now looking back at some other things here are a few things I am sure I would have my mouth washed out with soap if I had said this about a month ago:

However, all that above is true and I will accept that fact.

I will accept the fact that Bartram Trail got hot when it mattered the most during the season. Remember this team is a team that started off 0-5, however two of those games were either last second losses (Bishop Kenny) or one-point games (St. Augustine).

I will also accept that Columbia was a pretty good team this year, but just didn’t play its best game of football when it mattered the most.

Now there are a few bright sides to this for Columbia.

First they will return a lot of the team next year. No Trey Marshall though which some teams might see that as a sigh of relief, however Lonnie Underwood will be back one more season at tailback, something that should put opponents on alert. Second, both quarterbacks are only sophomores, so the experiences they got this year are only going to make them better for next season.

Looking at Bartram Trail, the will be losing P.J. Blazejowski (who by the way played well tonight) at the end of the season and Jesse Burkett, one of the top offensive lineman for the Bears, after the season. However, losing players is nothing for a Bartram Trail team that knows how to reload its talent and build around young players that will keep them in the playoff hunt.

Overall, expect both of these teams to meet once again next year in the playoffs. Mark my words!