Home Recruiting The Offer Sheet for Wednesday, May 7, 2014 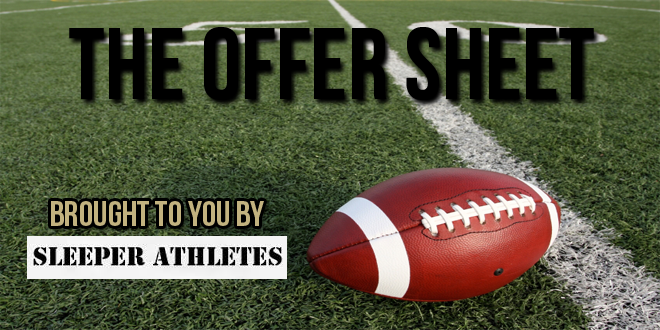 The Offer Sheet is brought to you daily by Sleeper Athletes. Follow them on Twitter at @SleeperAthletesand visit SleeperAthletes.com.

The Offer Sheet intends the publish all of the updates on the latest offers as collected by us and Sleeper Athletes from the previous day and give it to you in one place as a recap. The Offer Sheet will usually be published no later than 10:00 AM ET Monday through Friday.