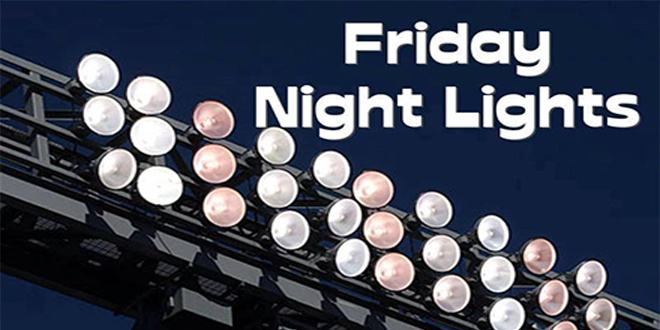 Here is a look at the Top 10 kickoff classic games for this weekend from around the state as determined by the FloridaHSFootball.com state and compiled by Corey Davis.

Lake Gibson vs. Lakeland at Bryant Stadium, Lakeland
2014 Records: Lake Gibson, 9-2; Lakeland 11-1
TV: Bright House Sports Network, Tampa Bay
Why: Since 1993, Lakeland has made 22 straight playoff appearances, tied for the second longest streak in the state behind St. Thomas Aquinas. Five state titles over a ten-year period have made expectations even higher every year. Can playmakers junior AJ Davis (1,388 yards, 16 TDs), junior James Robinson (382 yards, 3 TDs) and senior Tariq Young (242 yards on 25 catches) lead the Naughts back to Orlando? Since 2000, the Braves under Keith DeMyer (106-37) have made the playoffs 10 of the last 12 years, including finishing as state runner-ups in 2003 and 2004; but haven’t won a playoff game since 2010 carrying a four game losing streak.

Friday, August 21
Apopka at Columbia
2014 Records: Apopka, 11-4; Columbia, 8-3
Radio: WBZW 1520 AM, Apopka; WCJX 106.5 FM, Lake City
Why: Columbia will know right away what their strengths and weaknesses are bringing in an Apopka program to the Jungle that has won 2 of the last 3 state titles in 8A. Tiger defensive back Roger Cray, who committed to Georgia Southern, will have his hands full trying to defend an Apopka offense, which can keep defenses guessing with their single wing trickery led by quarterback Demetri Burch and tailback Deshawn Massey.

East Lake at Sunlake
2014 Records: East Lake 13-1, Sunlake 9-3
Why: In seven years, Sunlake has become the model of how to build a program from scratch. Coach Bill Browning has guided the Seahawks to a 45-10 record the last five years, including three playoff appearances. East Lake rolled into the state semifinals undefeated only to leave with their first loss at the hands of the eventual state champ St. Thomas Aquinas. With mega recruit George Campbell gone, who will step up and emerge as the Eagles new leader.

North Marion vs. Booker T. Washington at Traz Powell Stadium, Miami
2014 Records: North Marion, 8-3; Booker T. Washington, 14-0
Why: Coach Stephen Field takes his loaded North Marion team down back home to South Florida to take on the three time defending 4A state champs. Senior quarterback Caleb Seller (2,187 yards, 15 TDs) and senior athlete Freddie Swain (811 yards, 6 TDs). What an offseason it was for the Tornadoes after winning their third title in a row as head coach Tim Harris, Jr. departed for FIU and several key playmakers transferring to other schools. The Tornadoes currently hold the longest win streak in the state at 41 wins.

Columbus at Winter Haven
2014 Records: Columbus, 13-2; Winter Haven, 10-2
Why: Charlie Tate has built a program at Winter Haven, making the playoffs 9 of the last 10 years, including six straight second round appearances. What a way to start the season for senior quarterback William Tate (1620 yards, 19 TDs) than a great test against the 2014 Class 8A state runner-ups. Columbus rolled through the regular season with just one loss to Central and stunned Flanagan in the state semis before dropping a close one to Apopka in the state final.