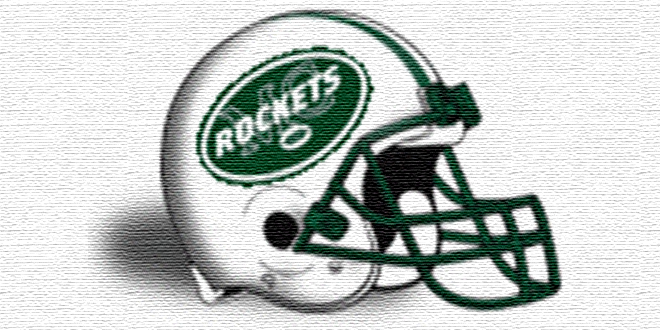 Here are some thoughts from FloridaHSFootball.com Publisher, Joshua Wilson after watching Miami Central lose to DeMatha Catholic, MD, 38-14 on ESPN. It was by far one of the worst loses for Miami Central in the last few seasons and one that will cost them a shot at the mythical National Championship.

The Rockets offense was abysmal and really an embarrassment to the great football that Florida is usually known for. For a defending state champion, coming out in your first official game in defending your state championship, you should be able to score points with your first string quarterback leading the way. It didn’t happen.

Known for having a strong running game, Miami Central didn’t use this fact to their advantage. It also didn’t help when the offensive line looked like a sponge allowing DeMatha to do what ever they pleased once they broke through, creating trouble for the running back and the quarterbacks.

Of course the offense could learn from all of this and be fine next week, but what we saw was exposure to an offense that really needs improvement. When you score the only points you get late in the game and against second team players from the other team, that is not what a state championship caliber team does.

Defense might be the only bright spot for the Rockets as they were able to put pressure on the Stags early on. In the first half, the Rockets were able to keep up for the most part, but we knew the Rockets would eventually be in trouble if the offense couldn’t get anything going and that is exactly what happened.

Usually halftime is a good way to catch your breath and regroup, but what ever was said by head coach Roland Smith to get the team turn the tide instead went south as they allowed DeMatha to be able to cash in on the opening drive of the second half and thus started the trouble.

Pretty much, you can blame the offensive woes, for the defensive breakdown and allowing the Rockets to just run out of gas.

The first chance that the Rockets got to be able to get some points with a field goal attempt that was ultimately blocked by DeMatha and allowing the Stags to return the blocked kick 80-yards for a touchdown. Such things have to be avoided and improvement is needed as special teams is the third, and most often forgotten part about a football game.

Hopefully between now and when they play Miami Killian next week that the Rockets realize that to four-peat as state champions, that discipline is a must.

I still think Miami Central has a chance to four-peat as state champions but the Rockets proved they are not the No. 1 team in the state and likely not the No. 1 team in Class 6A. Those spots will have to be earned back and something that could prove to be difficult this season. The next few weeks will show us if the Rockets have learned from the mistakes against DeMatha or if this will indeed be a long season for a team that has become the face of Class 6A football.