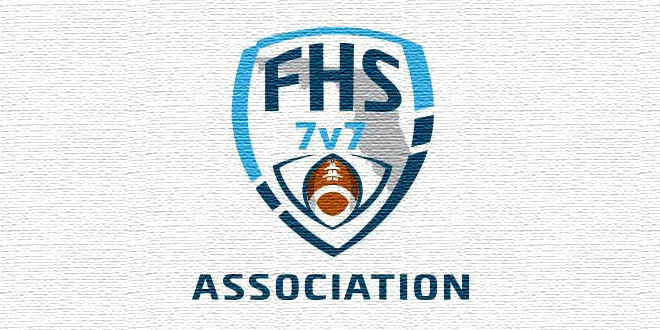 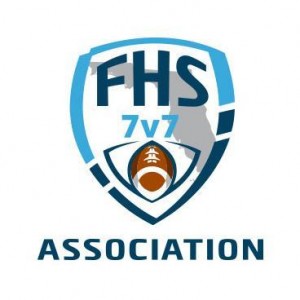 The day was cold and windy by South Florida standards but the competition on the field was hot, and the players didn’t let 30 mph winds keep them from showing their best on the field.

Each team was guaranteed 5 games, and the action started in the morning with round robin pool play in order to seed teams for the afternoon Single Elimination Rounds.

After pool play had concluded, host school Forest Hill had control of the top seed with a perfect 4-0 record. The 2nd seed was Miramar at 3-1, 3rd seed Palm Beach Central at 2-2, and Wellington took the 4th and 5th seeds with a 1-3 record for their Blue squad, and an 0-4 record for their White Squad.

In the other semifinal matchup Miramar edged a late comeback by Palm Beach Central 14-6 to advance to the Championship Round.

In the Championship round, Miramar got off to a fast start offensively, along with strong play by their defense with a couple interceptions and cruised to a 18-6 victory to claim the 2016 FHS7v7A South Florida Kickoff Challenge Championship Title.

FHS7v7A teams are made up of high school players and coaches representing their schools. These are not all-star, showcase, or combination school represented teams. Your School, Your Players, Your Coaches. Once teams join the FHS7v7A for just $25 per player and $30 per coach, they can participate as much as they would like against other member teams in a one on one setting or tournament setting, whatever best fits your programs needs. Member Teams also get free entry into their respective Regional Qualifying Tournament in June, from which the top four teams advance from each of the four regions to the Florida High School 7v7 Association State Championship Tournament in New Smyrna Beach in July.

Next up for the Florida High School 7v7 Association Regular Season Tournament Series is the Panhandle Showdown powered by SkyCoach Sideline Replay System, hosted by Bay High School in Panama City. The winning team will receive a free 2016 Season Pass for Sideline Replay Services by SkyCoach. Contact info@fhs7v7a.com or call 904-402-5428 to sign up today.