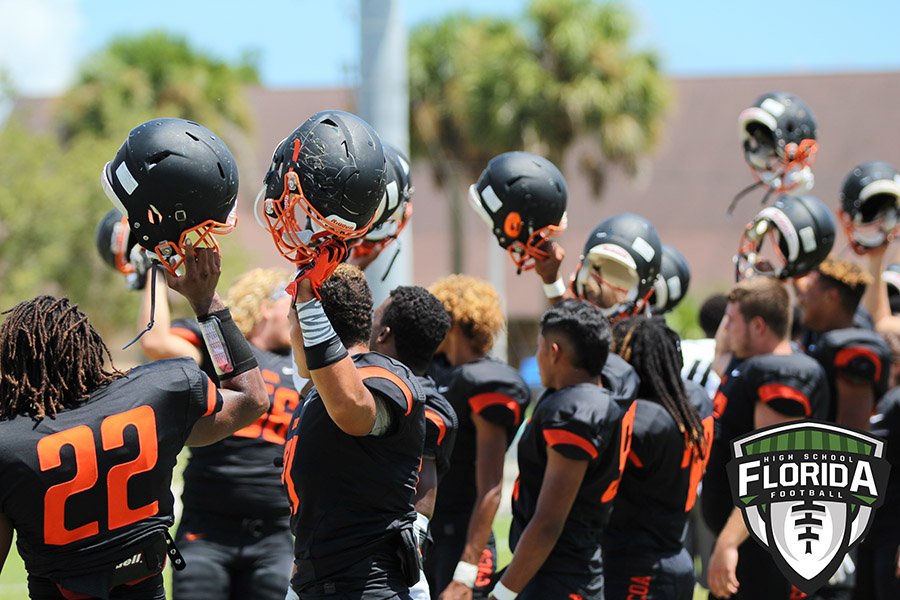 It is hard to believe it is already Week 8 already and that means the district races will start to sort themselves out of who is a contender and who is really a pretender. However, for some teams, they can punch their tickets to the playoffs this week. Take a look to see who can do what in Class 4A this week with the Week 8 playoff scenarios.

Skinny
The best team in the district is the team with the 0-1 record in Marianna, but Walton who has struggled so far this season is still in the playoff hunt. Very likely both playoff qualifiers from this district could be teams that will exit in the first round.

Skinny
With the district now consisting of just four teams and the district schedule being somewhat mixed up, things are going to be hard to tell who will make the playoffs from the district until next week. However, it is not surprising that Bolles and Raines are in the driver’s seat.

District Game For This Week
West Nassau at Fernandina Beach

Scenarios For This Week
None

Skinny
No surprise here that Bradford, Keystone Heights, and Santa Fe are the top three teams in the district, but Bradford has surprised everyone and could be en route to winning the district championship this season – something we did not project will happen.

District Game For This Week
Bradford at Keystone Heights
P.K. Yonge at Interlachen

Scenarios For This Week
A) Bradford can clinch the district championship with a win over Keystone Heights and a P.K. Yonge win over Interlachen.
B) P.K. Yonge can be eliminated with a loss to Interlachen.

Skinny
No surprises here within the district as Dunnellon and South Sumter control the driver’s seat. However, Mount Dora and The Villages are looking to play spoiler roles.

Scenarios For This Week
A) Umatilla can be eliminated with a loss to Dunnellon.

Skinny
No surprise here again that Jones and Cocoa control the driver’s seat in the district. However, Astornaut has been disappointing this season after making the playoffs last season, while Lake Highland Prep and Port Orange Atlantic have shown considerable improvement.

Scenarios For This Week
A) Astronaut can be eliminated with a loss to Lake Highland Prep.

Skinny
Avon Park has already clinched the district championship with two games remaining against LaBelle and Lake Placid, both which have three losses in district play already. It is very likely at this point to come down between Bishop Verot, Mulberry, and Tenoroc for the district runner-up spot.

Skinny
Glades Central and Clewiston are controlling things right now in the district while University School could still play a role in getting at least a potential tiebreaker spot right now.

Skinny
Booker T. Washington is still in the driver seat of this district, but Miami Edison is a serious threat to keeping claim on the district championship. Monsignor Pace looks to play a spoiler role here this week.