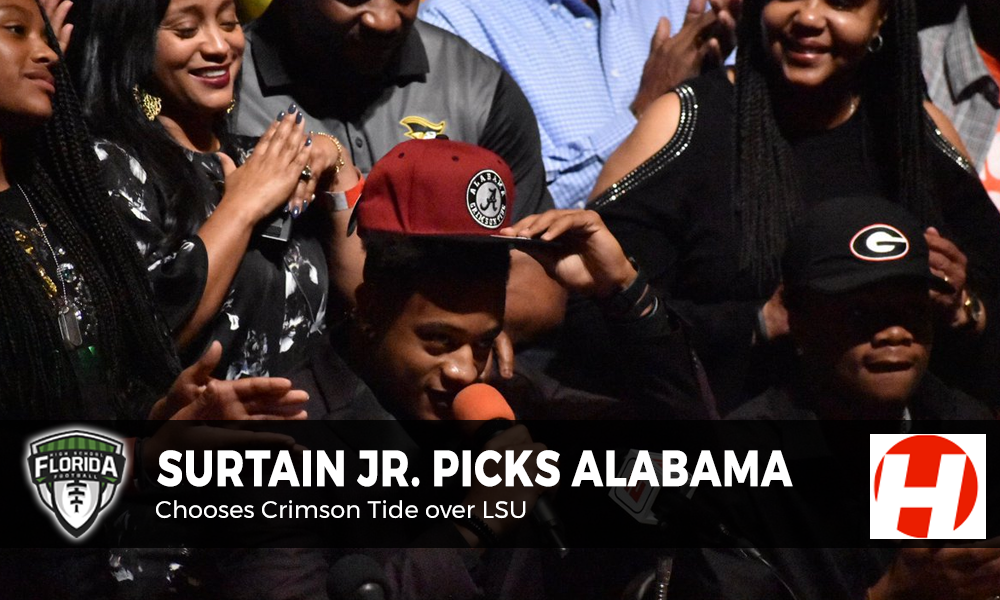 Call it the shocker of the day.

After most had thought that Plantation American Heritage CB Patrick Surtain Jr. would be picking LSU, he pulled off the surprise by picking the Crimson Tide at the school’s National Signing Day Ceremony.

It came down to two SEC programs after weighing offers from 32 different programs.

The 6-foot-1, 199-pound cornerback is the top-ranked recruit at his position and the No. 6 overall prospect in the Class of 2018, making his choice one of the most significant decisions and announcements of National Signing Day 2018.

Why Alabama? The decision was apparently straightforward for Surtain Jr.

“Why Alabama? They win championships,” Surtain Jr. told ESPN from his nationally televised announcement. “And over here we’re used to winning. I want to be a part of that winning culture.”