Home Around The State 2017 FLORIDA ALL-STATE: Class 8A Coach of the Year Candidates 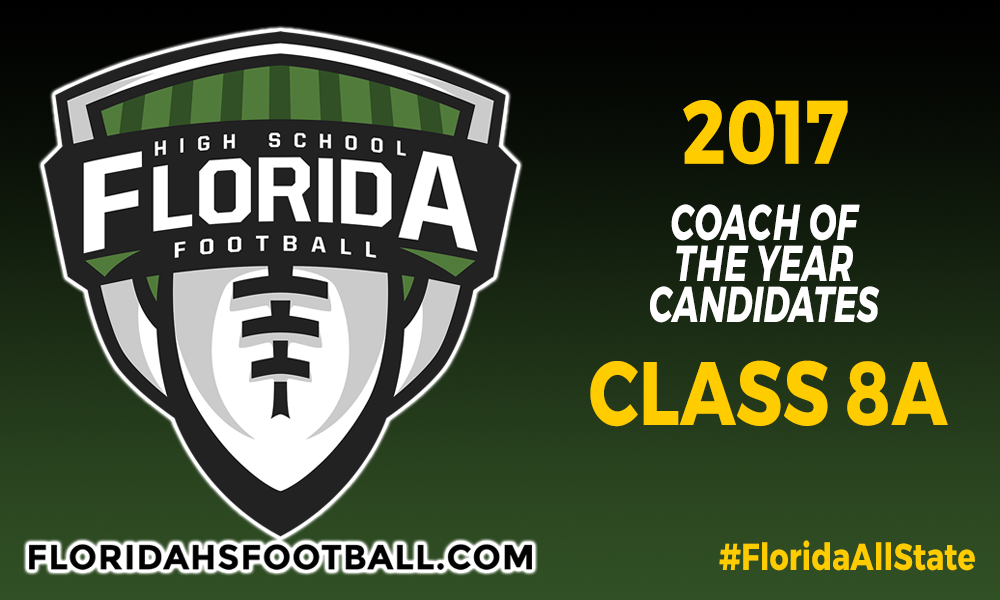 Without further ado, here at the candidates for 2017 Class 8A Coach of the Year:

• Sedrick Irvin, Miami High (11-2) – Guided his alma mater to their deepest playoff run since the 2000 season along with their best season overall since winning the Class 2A state championship in 1965.

• T.J. Jackson, Delray Beach Atlantic (12-2) – Jackson, who has been the head coach for the Eagles since 2013, lead them to their best season since 2001 and their first state championship game appearance in 40 years.

• Rich Bedesem, Apopka Wekiva (12-2) – Guided the Mustangs to their best season in school history which included their first district championship, beating crosstown rival Apopka for the first time in 11 tries and their first state semifinal appearance.

UNDER THE LIGHTS: PLAYOFF HIGHLIGHTS: St. Thomas Aquinas vs. Atlantic

UNDER THE LIGHTS: PLAYOFF HIGHLIGHTS: Columbus vs. Miami High

UNDER THE LIGHTS: PLAYOFF HIGHLIGHTS: Osceola (Kissimmee) vs. Dr. Phillips