Home Under The Lights High School Football returns to Fox Sports Florida with the premiere of... 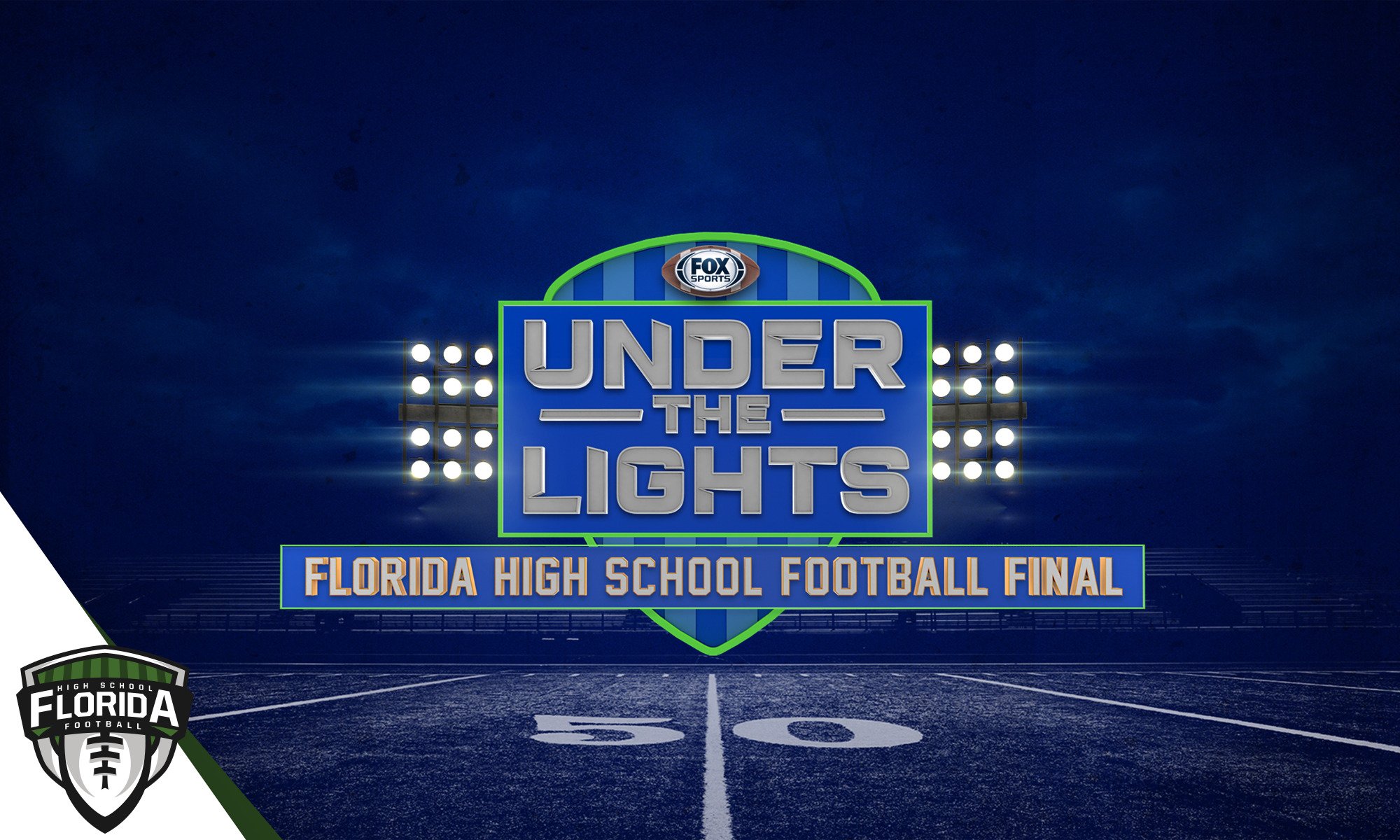 “Under the Lights: Florida High School Football Final” will debut Monday, Aug. 26 at 6 p.m. on FOX Sports Florida with new episodes premiering every Monday at 6 p.m. through the state championships in December. In addition to television, each show will be available on demand at www.UTLFlorida.com.

“With all due respect to Texas and California, there is no competition when it comes to Florida high school football and we couldn’t be more excited to bringing a show to a statewide television audience,” said SVP / GM of FOX Sports Florida and FOX Sports Sun Steve Tello. “We are looking forward to bringing Friday night lights to life with ‘Under the Lights.’ From the Keys to the panhandle, football aficionados across the state are going to want to tune in every week when we combine our elite production capabilities with more than 30 years of serving as the television home for Florida sports fans.”

“Under the Lights: Florida High School Football Final” will cover games, rivalries, top plays, highlights, traditions, interviews, players, coaches and more in conjunction with Joshua Wilson, founder and publisher of www.floridahsfootball.com. FloridaHSFootball.com was launched in February 2010 to serve a growing need for high school football coverage in Florida. Since that time, the site has grown to become the largest statewide high school football website in the state. Wilson will join the show every week to share his expertise and opinions on the high school football landscape.

“I am excited about FloridaHSFootball.com partnering with FOX Sports Florida to be a part of what I feel will be the top high school football show in the country week-in and week-out,” Wilson said. “Together, we’re going to deliver the in-depth exposure high school football truly deserves.”

“Under the Lights: Florida High School Football Final” will be co-hosted by Kailey Mizelle and Dave Aizer. A Central Florida native and University of Florida graduate, Mizelle returns to Florida having spent the past year as a sideline reporter for the Buckeye Sports Network and covering various aspects of the NFL for The Football Girl. She previously worked as a sports reporter and anchor for TV stations in Columbus, Ohio and Lexington, Kentucky, as well as Lubbock, Texas where she covered the iconic West Texas high school football programs, including Odessa Permian, from which Friday Night Lights was based. Mizelle has also covered the Tampa Bay Buccaneers, Tampa Bay Rays, South Florida Bulls and local high schools with an added two years’ covering high school football and recruiting via Scout.com. Follow her on Twitter at @KaileyMizelle. Aizer is a graduate of Marjory Stoneman Douglas High School and the University of Miami. At UM, he was the sports director of the school’s radio station and sports anchor of the TV station. Aizer is an award winning television host with over 20 years’ experience on camera, having hosted shows for The CW, CBS, Nickelodeon and several other channels.  Follow him on Twitter at @DaveAizer.

Be sure to tune in Monday, Aug. 26 at 6 p.m. on FOX Sports Florida, visit www.UTLFlorida.com and use the hashtag #UTLFlorida on Twitter to be featured on the show.

OFFICIAL: High School Football is BACK on FOX Sports FL! Tune in next Monday, Aug. 26 at 6pm for the statewide premiere of "Under the Lights: Florida High School Football Final." Highlights, games & rivalries from across the state w/ @FlaHSFootball Monday's this Fall. #UTLFlorida pic.twitter.com/Qy9jeMKnF5

FOX Sports Florida & FOX Sports Sun are the regional television homes of the Orlando Magic, Tampa Bay Rays, Miami Heat, Miami Marlins, Tampa Bay Lightning and the Florida Panthers. The regional sports networks have been fixtures in the homes of sports fans throughout the Sunshine State for over 30 years. Today, the networks combine to produce more than 700 live sporting events and over 300 studio based and original programs year round. FOX Sports Florida and FOX Sports Sun are committed to making a positive impact in the communities we serve by engaging our audiences and providing award winning TV and web coverage of Florida’s hometown sports teams. For more information, channel listings and how you can get involved with FOX Sports Florida / FOX Sports Sun, visit  www.foxsportsflorida.com.