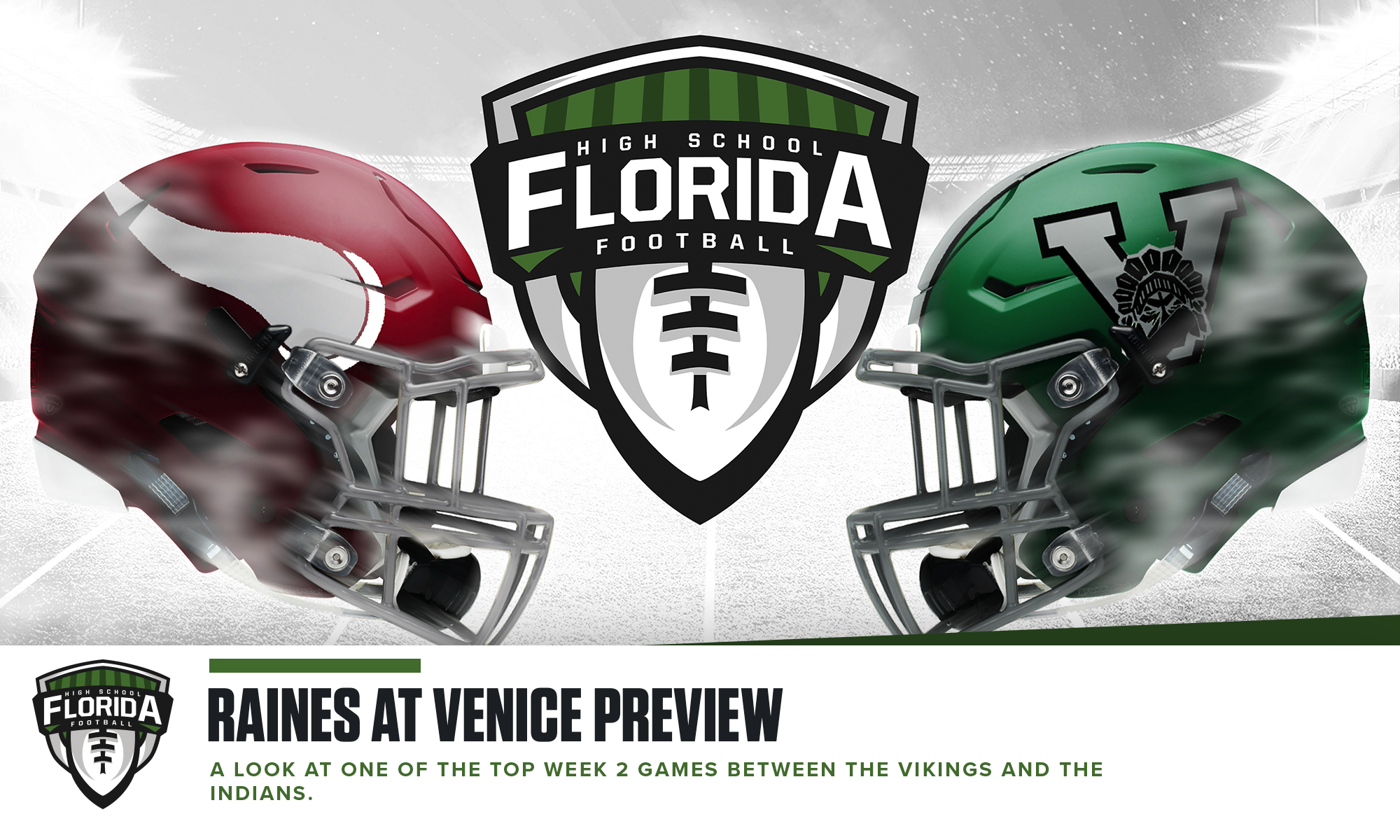 Skinny: Raines’ new head football coach Donovan Masline will make his head coaching debut in this game and what a game it will be for him and his Vikings to open the season. Masline takes over this season after Deran Wiley stepped down after leading the Vikings to Class 4A State Championships in 2017 and 2018. What is pretty cool about this matchup is this will be a battle of two teams that won state championships in 2017 with Venice who won the Class 7A State Championship that season. Raines is coming off a 2019 campaign that saw its ups and downs as newcomers adjusted into roles that were left behind the talent that led to the back-to-back state championships. For Venice, the Indians are coming off a stinging 49-13 defeat at home to the IMG Academy, the No. 1 ranked team in the nation. However, last week the Indians did show some flashes of what they were capable of with Colin Blazek (2021) who went 11-of-21 passing for 157 yards and a touchdown last week. If anything, this week should be a better matchup for the Indians to see where they stand as the season progresses forward in the era of COVID-19.