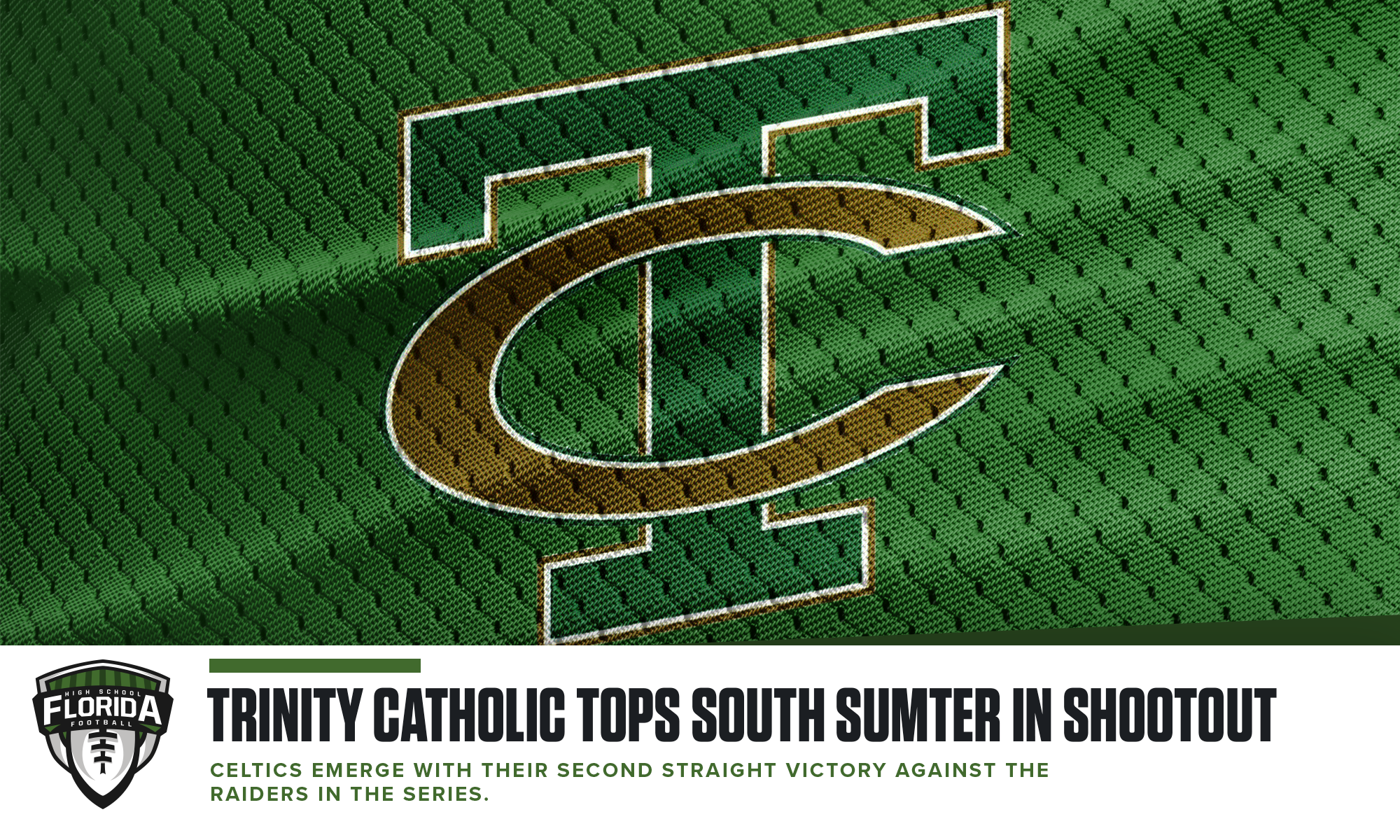 The first quarter was relatively quiet. First, Trinity Catholic kicked a field goal. Then, running back Jamarian Samuel found the end zone to put the Celtics up 10-0.

During the second quarter, things picked up — quickly. South Sumter fullback Malachi Presley put the raiders on the board with a touchdown.

This stop is followed by a short, South Sumter score. PAT is good.

The next three scores gave the Celtics a large lead in the second quarter. Quarterback Cole Gonzales threw a 74-yard dime to the house. Samuel followed up with a six-yard rush. Finally, Trinity Catholic kicked another field goal. So, the Celtics were up 27-10.

Then, South Sumter regained some control. A Raiders strip-sack on Gonzales allowed Davion Smith to scoop and score on a 70-yard attempt.

The defense came alive in the third quarter, and neither team got on the board.

South Sumter running back Trenton Taylor found the end zone early in the fourth quarter to give the Raiders within spitting distance. However, Trinity Catholic’s Samuel had an answer in the form of another touchdown.

Trinity Catholic put an exclamation point on its opener with the 48-31win.

Moving to 0-2 on the season, South Sumter is now going to be to find a way to emerge from two competitively tough games. The Raiders are going to be hard-pressed to repeat last season’s 9-3 record. However, the team does have a good amount of athletes who can put points on the board but will have to find ways to overcome the points being scored against them.

Trinity Catholic meshed well for its first game of the season. Gonzales is transitioning nicely with the Celtics after coming over from Oak Hall during the offseason. He has an arm that is capable of doing many things. If he can continue to connect with his receivers, he can be a threat this year. Plus, giving Samuel, a three-star recruit, some scoring help makes for a one-two punch duo that will be hard to contain by a lot of teams. However, allowing 31 points from a now 0-2 team could be tricky in the future if the defense is not shored up.