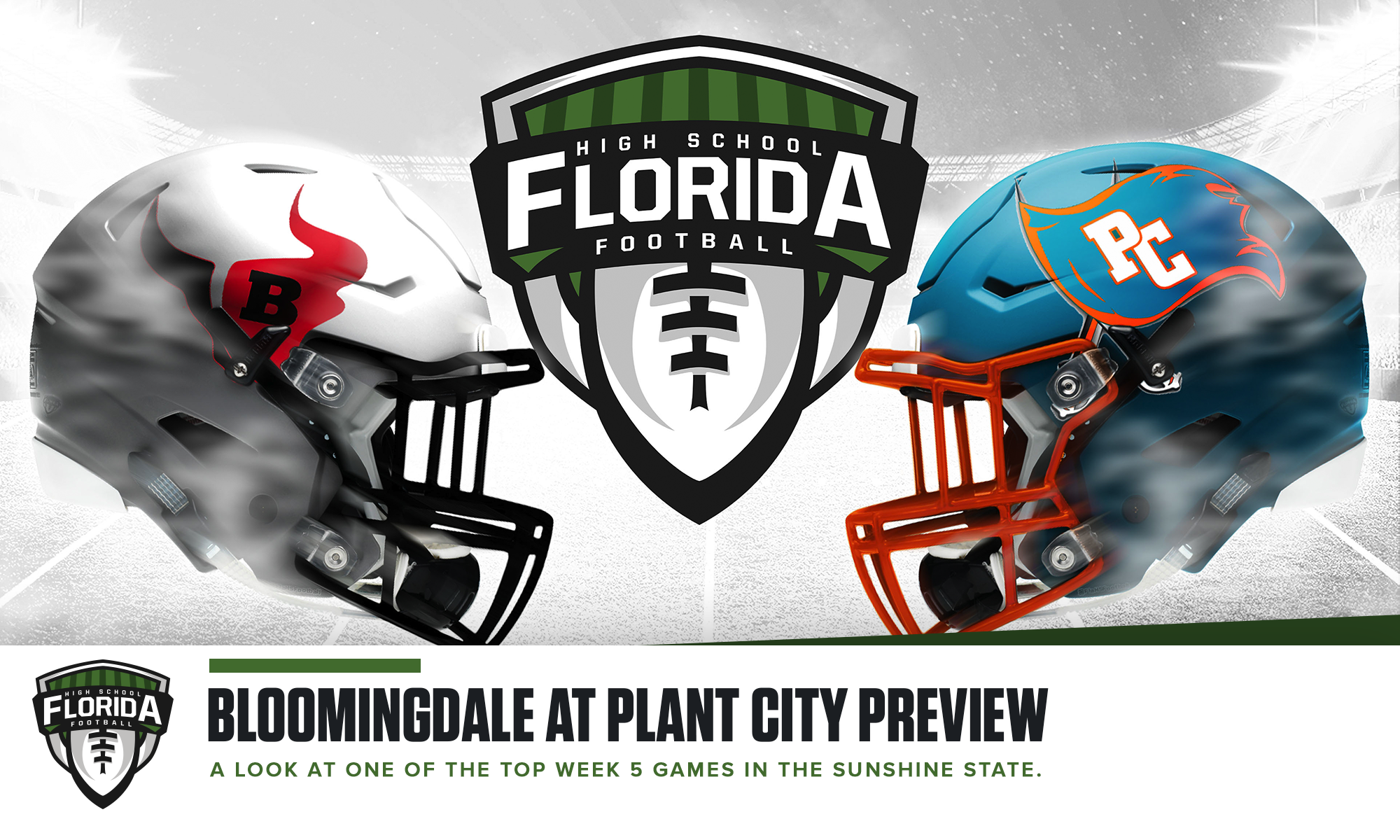 Skinny: For the second straight game in a row, Bloomingdale has scored the final points to get a big victory. Last week, the Bulls scored the final 19 points to clinch an upset victory over Tampa Bay Tech, 25-22. The Bulls once again saw receiver Agiye Hall (2021), an Alabama commit who before this year had been Armwood, do his thing again in a time when it mattered most to get a victory. Hall finished last week with eight catches for 107 yards and the game-winning touchdown in the win. For the host Raiders, they are coming off a bye week after dropping a game to Manatee in their second game of the season, 32-27. So far the leaders this season statistically include quarterback Nicholas Felice (2021) who is 12-of-25 passing for 303 yards and has five touchdowns against three interceptions and standout receiver Mario Williams (2021) who has six catches for 201 yards and three touchdowns in just two games. Reginald Bush (2022) leads the team in rushing with 16 carries for 211 yards and two touchdowns. Defensively Javoni Mitchell (2021) has 10 tackles and a sack so far while Todd Miller (2021) leads the team in tackles with 22. Miller also an interception as well through two games.