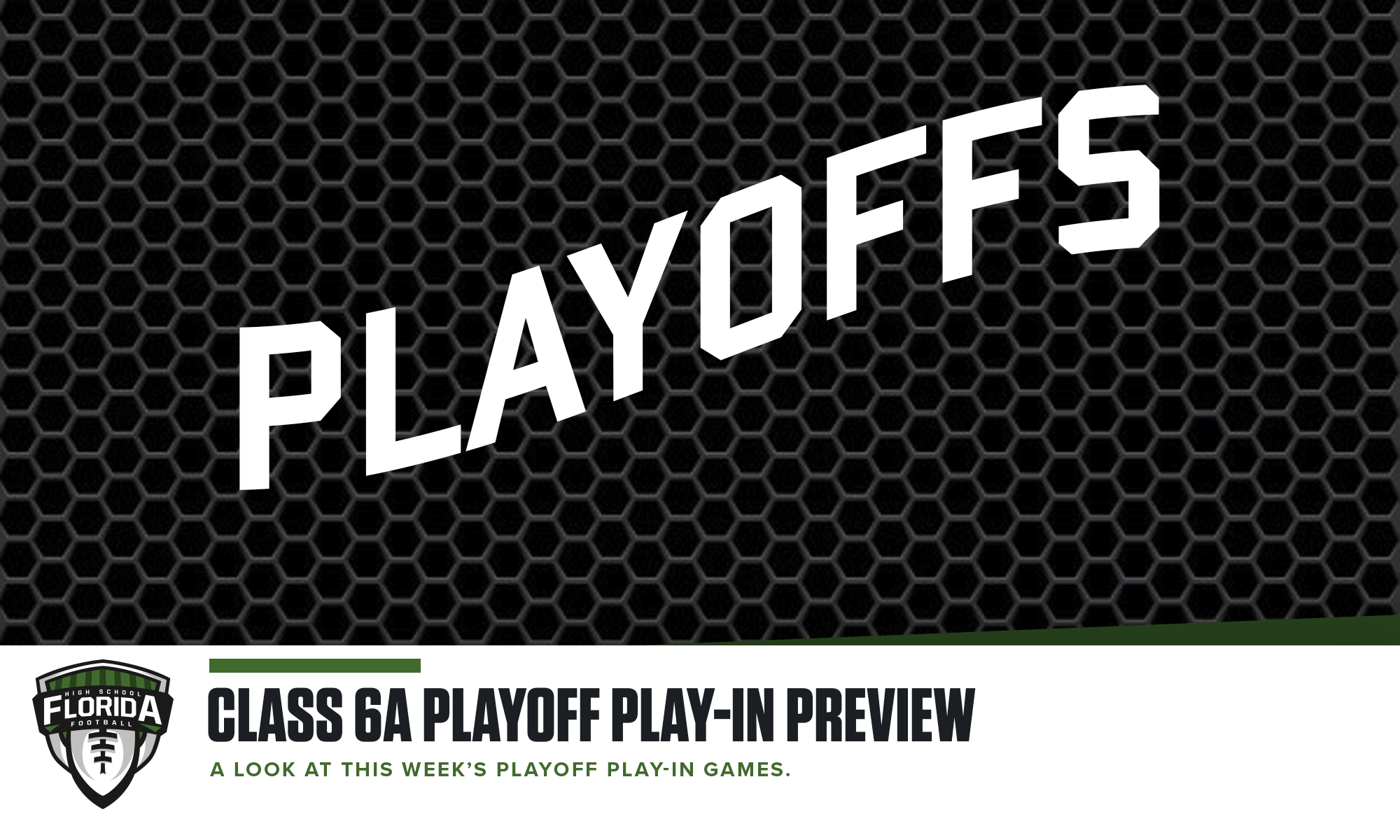 Here is a look at this week’s first FHSAA playoff play-in games in Class 6A.

Milton has been on a roll this year and marks a substantial improvement from last year’s 5-5 record meanwhile Booker T. Washington has seen its ups and downs in a schedule that been nothing but ever-changing this season that includes a 1-1 split over Pine Forest. The quarterbacks for both teams have been leading the way this season. For the visiting Wildcats, Ammiel Steele has 1,017 yards passing and nine touchdowns while for the host Panthers, Tyler Buchanan is averaging 232 yards a game with 1,392 yards so far in six games. Buchanan has 19 touchdowns going against four touchdowns.

Despite the records, there is a huge difference between the visiting Rams and the host Tigers in this play-in game. For Englewood, they have been competitive in some games this year, while some games were complete mismatches which is reflective of the strength of the teams they played. Columbia, however, has come against some of the best competition in the state with teams like state powers Trinity Christian and Madison County. The quarterback position has been an issue for the Tigers, but it appears they have sorted that out with getting their first win over North Miami Beach last week.

Fivay had to forfeit the game due to COVID-19 issues involving the team per Bob Putnam at Prime Time Preps, effectively ending the season for the Falcons. Hollins will move on to next week’s play-in game where they will host Largo at home in the next round of play-in games.

Osceola had to forfeit the game due to injuries and the emotional toll from a boating accident over the weekend, leaving the team with too few players, per Bob Putnam at Prime Time Preps. Gaither will move on next week when they travel to take on Seminole (Seminole) in the next round of play-in games.

Osceola has ended its football season. Injuries and the emotional toll of the boating accident from this past weekend left the team with too players to continue, Pinellas County AD Al Bennett said. The Warriors were supposed to play Gaither in a play-in game. Cowboys move on.

These two teams met just two weeks ago with Countryside coming out on top 31-24. Now for the visiting Cougars are looking for the first playoff win since 2010, while Northeast, which is making the playoff field for the first time since 2012 is looking for their first playoff win going all the way back to 2001. As such a lot is riding on this game, especially for Northeast as this could be Jeremy Frioud’s last game as head coach as he announced is stepping down at the end of the season, whenever that may be, so the host Vikings will be looking to try to extend the season as long as they can. The Cougars average 282.1 yards offense per game while the Vikings average 272.9 yards per game.

The visiting Brahmans are coming into this game already having defeated the host Sharks back on October 2 by the score of 21-6. The Brahmans have found success behind freshman athlete Carriss Chilsom-Johns who has been the backbone for what could be the first winning season for Okeechobee since 2016. For Sebastian River, the season has been a disappointment following a 6-3 season and has only averaged under eight points a game.

The visiting Yellow Jackets have struggled this season and have only averaged around 126 yards and seven points per game. Meanwhile, the host Tigers have been bit below what they are traditionally used to with winning having peaks of success along with peaks of struggle. However, Palmetto does have some bright spots including quarterback Josh Siplin and running back Sage Hickson who leads the team in rushing and receiving this season.

The visiting Bloodhounds come into this game against the host Jaguars as the better-prepared team having played a tougher schedule and having won more games as well. Overall, the Bloodhounds have averaged 209 yards of offense and 15 points per game. The only win for Port St. Lucie has come against Sebastian River where they have scored the highest amount of points with 26. With being shut out three times, things have not been well at all for the Jaguars this season.

A matchup of Southwest Florida teams, this is a playoff matchup that is likely to be sort of lopsided given that the only win for the host Titans was a 33-13 win over Immokalee back on September 25, but has since lost every game since and has been shutout in the last two games they have played. Meanwhile, the visiting Gators have been averaging 17.5 points and 187 yards of offense per game, which should be plenty to win this one.

Lack of depth for Immokalee has forced this game to be canceled. Miami Central will move on to next week’s playoff play-in game at Archbishop McCarthy.