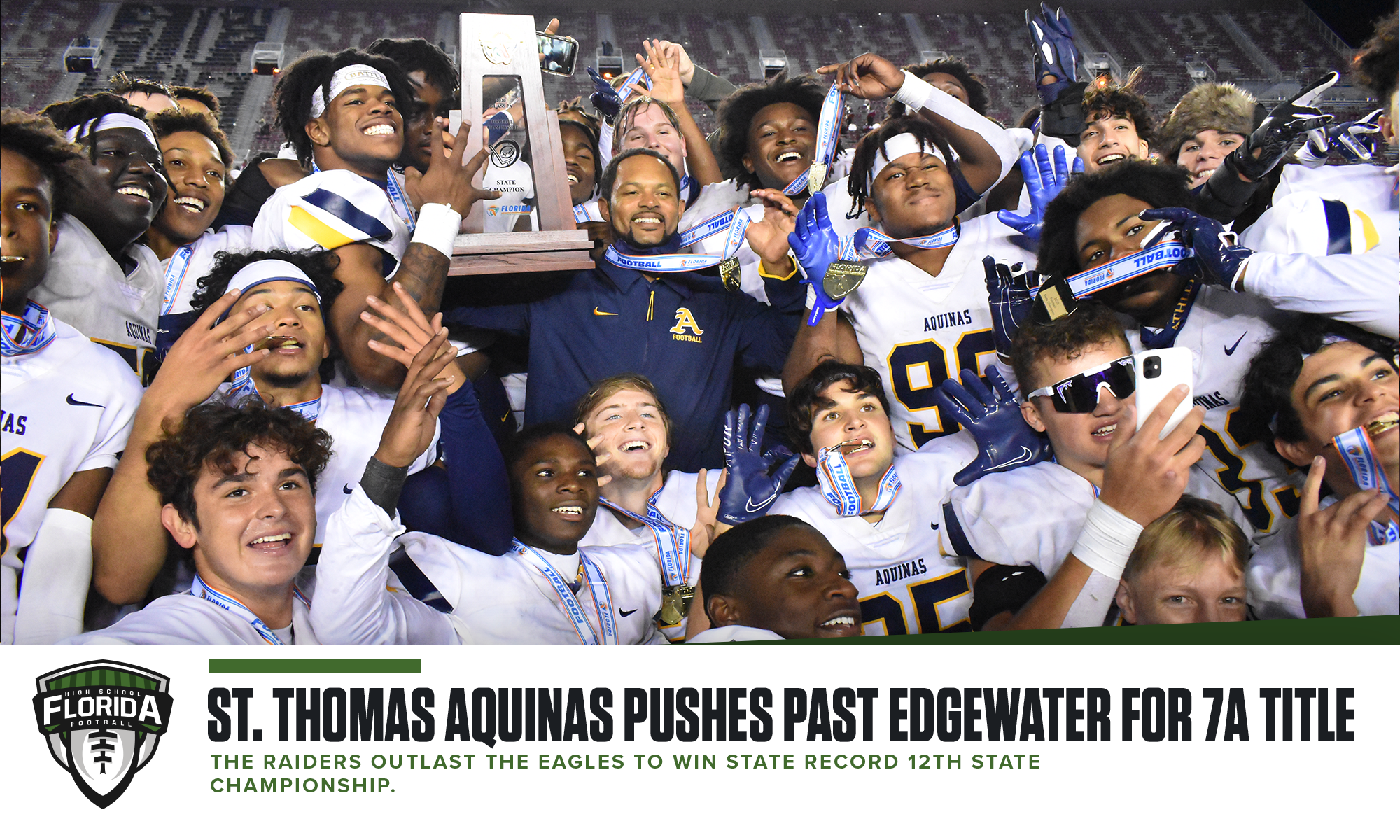 Tallahassee, Fla. — Edgewater (8-2) was one of the best teams in the state all season. But, even though the game was close, St. Thomas Aquinas (8-1) was victorious yet again. An all-star offense and defense led the way for the decisive win. The final score was 31-21.

The Raiders now lead the state in state championships with 12. Previously, they were tied with Bolles at 11.

St. Thomas Aquinas got off to an early start, with RB Anthony Hankerson leading the charge.

Anthony Hankerson’s carry puts Aquinas on the board first pic.twitter.com/Q4DaSNiiJs

But, the Eagles strike back with a running back (Cedric Baxter) of its own!

Edgewater RB Cedric Baxter gets it done for the Eagles pic.twitter.com/CWqBvfLtHp

The Raiders took the lead, yet again, on a Hankerson push to the end zone.

No. 2 for Hankerson and St. Thomas Aquinas pic.twitter.com/ofBLij8H49

The tit-for-tat stopped once Aquinas struck twice in a row. This time, Michigan CB commit Ja’Den McBurrows had a pick-six for the score.

It’s Baxter for the second time, and this game looks like it will come down to the wire.

Baxter hit the pylon and it’s an Edgewater TD pic.twitter.com/i4kUVTGi06

A Raiders’ field goal extended their lead. But, the Eagles cut it down again with RB Jeremiah Connelly

Aquinas’ Hankerson would go for a third TD, which would be the last score of the game.

Players of the Game

For Edgewater, WR Christian Leary will attend Alabama, ILB Deshawn Troutman will attend Miami and ATH Tommi Hill will attend Arizona State. However, a couple of other senior Eagles have offers and could sign in February.