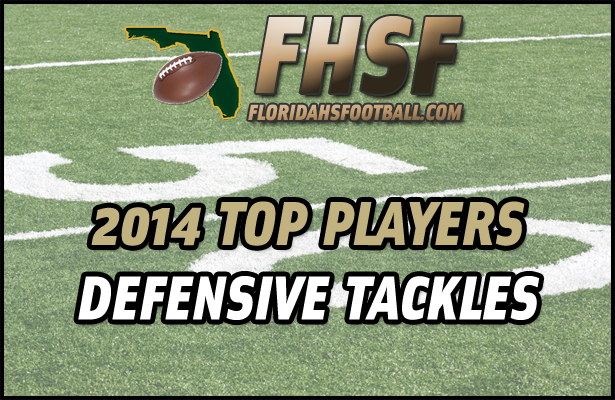 Today kicks off our look into the top players around the state for the Class of 2014 and today we tackle the top defensive tackles. There are some great defensive tackles out there around the state, but these guys have been showing it what they have to be at the top of the list. They will be featured on our Florida HS Football Class of 2014 Top 150, coming out later this month.