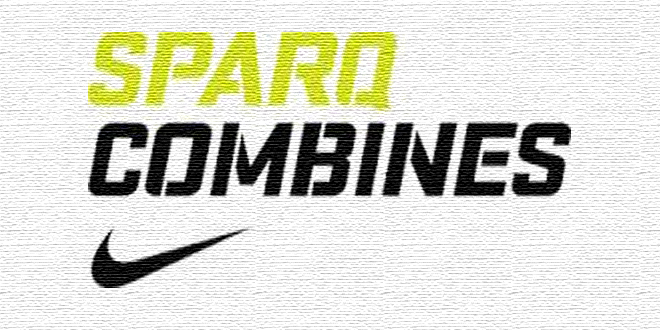 This Florida Gator commit made the two hour drive from Naples to North Miami and certainly made it count as he posted the highest score of the day with a 102.54 SPARQ rating. Byrd, who is a natural ball-hawk, displayed his 38.8 inch vertical leap left people in awe of his overall athletic ability. Byrd also has a lot of traits that college coaches like.

“They like that I’m a physical player. Also that I play for the team and that I give it my all,” said Byrd. “I just want to get faster and stronger and hopefully help the team win states.”

This man-child freshman had the fourth-highest score of all the competitions on the day (99.69) and the best out of all running backs. Burns really opened some eyes today after recently earning offers from the likes of Ohio State, West Virginia, and Cincinnati. His biggest feat of the day was throwing the power ball 38-feet while nursing a broken thumb. A true competitor.

“An event like SPARQ just really shows you how good you really aren’t,” said Burns. “You may be ranked however much in the nation but being out here with all these competitors, just shows me how good I’m not.”

Lewis, who recently committed to West Virginia, posted a very nice SPARQ rating with a 88.80 rating. The six-foot, 180-pound wide-out impressed a lot of people with his 36.9 inch vertical and 4.35 agility shuttle time. Lewis said he wasn’t to happy with his numbers, but is excited for spring practice

At six-foot-four, 338-pounds, Leeward Brown was easily one of the largest athletes on hand. Brown added a Miami offer this past week to go along with a South Florida and Temple offer. Brown displayed some serious upper-body explosiveness with a 37.0 foot power ball throw. Expect a lot more noise out of this young man soon.

While Clausman’s name isn’t as known as others, he might just be the hardest worker out of them all. With a 40.0 foot power-ball throw, this six-foot-four, 301 pound placed himself amongst the highest scores today. Clausman, who finished with a 81.39 SPARQ rating, is still waiting for his first official offer. Remember the name as he earned an invite to the Miami NFTC.