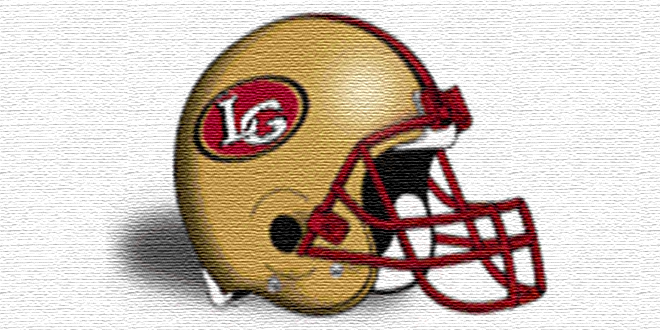 When it come to success in Polk County, Lake Gibson is one of those team that you count on to have it. However, last year was another season where Lake Gibson struggled to get past the first or second round as the Braves were knocked out early in the first round by South Fort Myers on the road in the regional quarterfinals. Braves finished second to Winter Haven in district play.

With a strong offensive line returning for the Braves, this will be a key strength to the overall team this year. Players like Baveon Johnson and Michael Wiggs will be the key anchors of the offensive line. The defensive secondary will also be a key factor for the Braves as well as three players return to help anchor. The defensive line it self-will have to find a few key players, but is something that Lake Gibson usually has not had an issue with finding those players.

The quarterback position is in a position of change for the Braves as Hunter Orem moves over from the free safety position to quarterback, which Coach DeMyer thinks it will be all OK at the position. However, getting some skill positions on the offensive side of the ball is a concern, but something that Lake Gibson has had no issue of meeting that particular challenge during any given season.

Overall, if everything falls into place, this Lake Gibson team could be very special and make a deep playoff run that has missing over the last five years.

Some changes came with the FHSAA reclassification as Lake Gibson remained in Class 6A while others like Auburndale and Lake Wales moved into the district from Class 5A. However, the biggest change came with the district moving from Class 6A South to Class 6A North, which will be set for at least the next four years. The biggest challenge in the entire district which will also include Sebring and Lake Region, will come from Lake Wales. If Lake Gibson pushes past Lake Wales without much trouble a district championship will return home for the Braves.

Friday 8/28 at Kathleen – Although it is the first game of the season and a non-district game, don’t tell the kids that. This is a fierce rivalry between the two crosstown schools and for either team this could set the tone for the rest of the season. Lake Gibson looks like the easy favorite on paper, but Kathleen has been known in the past to give a tough challenge to the Braves.

Friday 9/18 at Lake Wales – The Braves make the trek down to the center of Polk County to take on the Lake Wales in what will be the first district game of the season for both teams. If this game was later on in the season, it would likely be for the district championship. However, the winner of this game will get a fast start as the leader in the district standings and could set the tone for how either team performs for the rest of the season. With Lake Wales always being a tough place to play for most teams, Lake Gibson will have to ready to perform at the highest level possible.

Friday 10/9 vs. Leesburg – This game could give a mid-season challenge for the Braves as Leesburg could be back up on the rise as a program under their new head coach this season. The Braves should know who they are as a team by this point and this game will likely help prepare them for the back-end of the schedule.