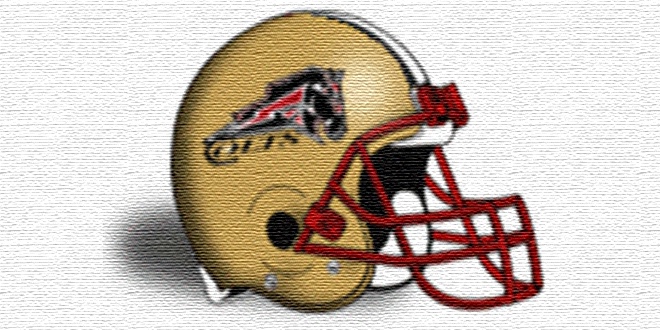 North Marion had no issue keeping things rolling under new head coach Stephen Field last season, helping North Marion reach the playoffs the for the 15th consecutive season. The Colts ended up falling in the first round of the playoffs to South Sumter by a score of 16-12.

If North Marion wasn’t already a team that was going to have a nice stocked cupboard coming into the season, several key transfers have just added fuel to the fire about the Colts’ chances of making a run for a state championship this season.

Everywhere you look at this team, there is talent. The attention is there and it is all very much warranted. What former head coach and North Marion alum Craig Damon started in the 2000’s has only been carried on by Coach Field. Field has been able to take all of that and what he has learned at previous coaching stops including Miami Northwestern and Glades Central and bring Marion County one of its best football teams it has seen in a long time.

Now of course, time will tell how accurate we are about North Marion, but we feel this team has a legitimate spot of contending for a state championship, provided it defeats several strong teams along the way they are likely to face during the season and in the playoffs.

North Marion was place in District 5A-6 during the recent FHSAA reclassification cycle which originally was proposed as a five team district, but was finalized with only three teams including North Marion, Eastside and Belleview. As such, only one district game going bad can put the entire season jeopardy for North Marion. However, with North Marion being the most talented team of the three teams in the district, we do not see any reason why the Colts will not be able to lay claim to another district title this season.

Friday 8/21 at Miami Booker T. Washington – Although this is a preseason game for both teams, please do not tell anyone out loud it is … oh wait. With the game being played at Traz Powell Stadium in Miami, this game will have the atmosphere of a regular season game. The Tornadoes are on a 41-game win streak as well as having won three consecutive state championships. However, a lot of things have changed at Booker T. Washington including the team being on their third head coach and three years as well not having the normal addition of talent as their has been over the past few years. If North Marion comes out of this game with a win, it could set a big tone for the rest of the season.

Friday 9/25 vs. Gainesville – One of Alachua County’s best teams, meets Marion County’s best team for the 2015 season for a renewed showdown on the schedule. Both team are have plenty of talent spread across the board and this will give North Marion a great mid-season challenge in preparation for the game at Hoover, AL near the end of the season. Although it is non-district, this game will have a lot meaning on the season for the Colts in other areas.

Friday 10/30 at Hoover, AL – This will be by far the biggest challenge of the season for North Marion. By the time this game actually gets here, North Marion should already have locked up the district championship, so this game will be one final test before playoffs. Hoover is a team that is always locked and loaded with talent across the board. There could be a good chance that both of these are nationally ranked when they do meet, so the expectations will certainly be high here.