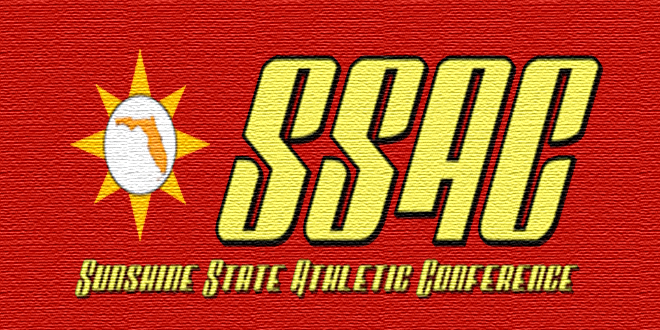 What started out as a small eight team league eight years ago has become far more than anyone could ever imagine.

A group of small Christian schools felt like they couldn’t compete against the schools they were paired with in their district and in 2008 created the Sunshine State Athletic Conference.

The addition of the five teams increases the state’s biggest conference to 28 teams for the 2016 season and includes the addition of two new divisions and a new developmental division as well.

According to SSAC officials, the conference will be divided up into two separate leagues: the Coastal and Coral, within those leagues are three separate divisions: Central Florida, Beach, Atlantic in the Coastal League and North Florida, Orange and Bay in the Coral League.

In the Beach Division will be the Master’s Academy, Merritt Island Christian, International Community, Faith Christian and Orlando Christian Prep.

In the Atlantic Division will be Berean Christian, Boca Christian, Jupiter Christian and St. Edwards.

In the North Florida Division will be Christ Church, Bishop Snyder, First Academy, Mount Dora Christian and Ocala Christian. The Orange Division will comprise of Bishop McLaughlin,, Santa Fe Catholic, Seven Rivers and Zephyrhills Christian while the Bay Division will consist of Bradenton Christian, Keswick, Out of Door, Shorecrest and St. Stephens.

A new developmental league will debut with All Saints, St. Pete Canterbury, Fort Myers Canterbury and St. John Lutheran. These four teams were put in this division to help their programs develop better and help slowly build their programs back.