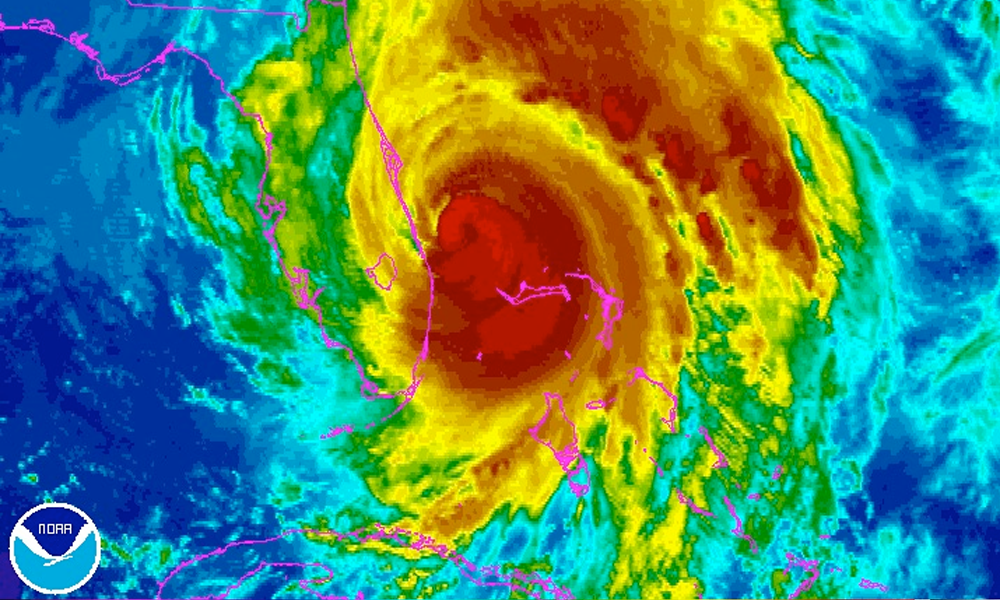 GAINESVILLE, Fla. — Football and the scores simply didn’t matter last night or for this weekend really.

It was not a sign of weakness or us being lazy for not wanting to post football scores last night.

Call it more of respect to the thousands of followers who follow us with football being the furthest thing from their mind.

What games that had been spared from Hurricane Matthew’s fury were limited to some parts of Tampa Bay, Southwest Florida and most of the Panhandle.

I know the show must go on in these areas, but when you have to think about the state as a whole, something didn’t feel right this time around.

This was nothing like Hurricane Hermine, which struck the Big Bend area just last month and the damage was nowhere near the level Hurricane Matthew brought despite never officially making landfall.

However, for most of us, we were at home watching the images and videos come in of what Hurrican Matthew’s trek up the east coast of Florida caused damage wise.

Some sections of the east coast got lucky and were spared some of the furies of Hurricane Matthew. Others not so much.

At one point at least 17 of 67 counties were under a Hurricane Warning from Broward County up to the Florida/Georgia line. Another 15 counties were under Tropical Storm Warnings as well at one point with the storm. That is 32 of 67 counties that were under some kind of warning. That is nearly HALF of all the counties in Florida that were in warned areas due to Hurricane Matthew (NOTE: Does not count the west coast counties since they were placed under watches and warnings as quickly as they disappeared).

And those few miles of shifting with the eye to the east made all the difference for Florida.

However, going back to the numbers here in regards to the counties that were fully under warnings for most Hurricane Matthew.

Does anyone realize just what the percentage of football programs alone were affected by Hurricane Matthew in warned areas?

Of 556 programs (FHSAA and the few non-FHSAA 11-man teams), 352 football teams were affected in some form or fashion by Hurricane Matthew.

That number right there is why football didn’t matter.

As soon as Matthew became a threat football went to the bottom of the list.

Some areas got lucky in this, but others not so much.

Some are getting to reschedule games, others not so much.

And those that thought they might get to play on Monday? Not likely going to happen at this point either as the damage assessments continue to take place.

Overall, this storm is a good reminder for all of us. It is not about football, but about life and when something threatens your life, you got to handle that first. Football will be here for us when we get back.

That getting back will start this coming week as people pick up the pieces and we all try to return to a sense of normalcy in Florida.