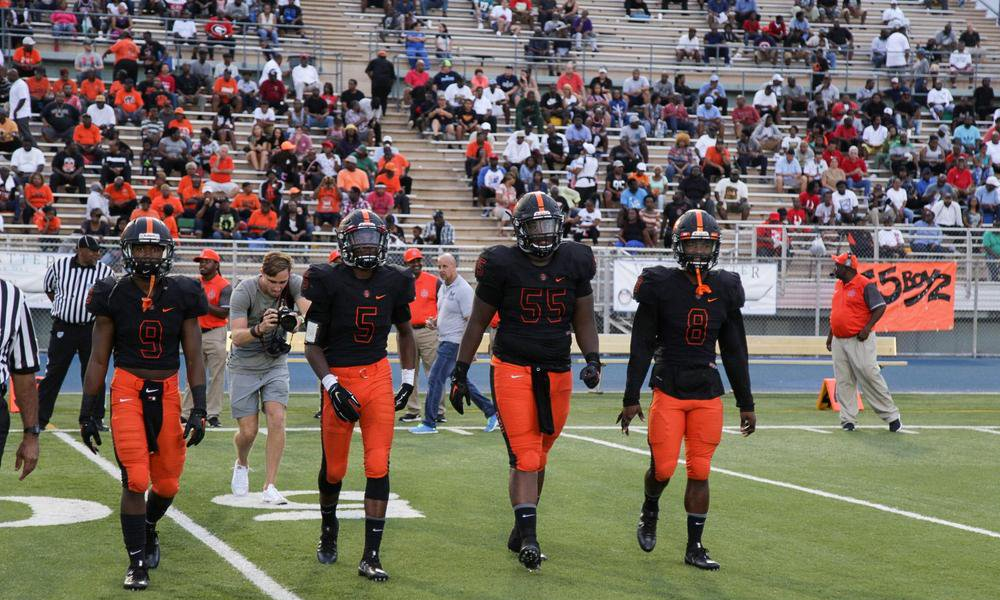 Here is a preview of tonight’s playoff games as several teams get things started on the ‘Drive To December.’

Rankings are according to Joe Pinkos rankings for each classification.

* Requires subscription to the NFHS Network.

Delray Beach Atlantic (7-3) at Wellington (6-3), 7:00 p.m.
Playoff Teams On Schedule This Season: Atlantic — 4; Wellington – 2
Skinny: This will be the second time the teams will meet this season … Atlantic won the first meeting 42-21 on Aug 26 … Atlantic at times has struggled to close out some important games including a 14-13 loss to Glades Central and 23-20 loss to Park Vista which settled the District 8A-10 championship … Wellington clinched the District 8A-9 championship with a 12-10 decision over Palm Beach Gardens late in the season after some mishaps by Palm Beach Gardens sealed the deal … Wellington would have played three playoff teams on the schedule if Hurrican Matthew had not forced a cancellation in Week 7 against Dwyer … Wellington averages 25.5 points per game while Atlantic averages 28. 4 points per game. On the flip side, Wellington has been giving up slightly more points with 26.44 points per game while Atlantic tends to give up fewer with 15.6 points per game.
Pinkos Prediction: Atlantic by 6
FloridaHSFootball.com Prediction: Atlantic 24, Wellington 21

Piper (9-1) at Flanagan (8-2), 7:00 p.m.
Watch Live: Watch this game on the NFHS Network*
Playoff Teams On Schedule This Season: Piper – 2; Flanagan – 4
Skinny: Piper has completed two winning seasons back to back, going 18-2 over the last two regular seasons … This is a playoff rematch of last season which Flanagan won 39-0 … this is Flanagan’s fourth straight trip to the playoffs and is the defending Class 8A state champion … Flanagan’s two losses have come to top-ranked teams in Class 7A (St. Thomas Aquinas) and Class 3A (Oxbridge Academy) … Flanagan scores an average of 25.4 points per game while Piper averages 28.6 points per game. Flanagan gives up an average of 11.38 points per game while Piper gives up just slightly more at 14.2 points per game.
Pinkos Prediction: Flanagan by 21
FloridaHSFootball.com Prediction: Flanagan 35, Piper 7

Raines (6-2) at Walton (3-7), 8:00 p.m. CST
Playoff Teams On Schedule This Season: Raines – 3; Walton – 6
Skinny: Walton which despite having a down season, clinched their second straight district championship this season in District 4A-1 … Raines saw two games this season get canceled due to hurricanes … Raines came within one point of knocking off Bolles for the District 4A-2 championship … Walton has scored an average of 18.6 points per game this season while Raines scores nearly double the amount of points per game at an average of 33.88 points. On the other hand, Walton gives up 28.7 points per game on average while Raines gives up fewer points at 15.63 points per game on average.
Pinkos Prediction: Raines by 21
FloridaHSFootball.com Prediction: Raines 38, Walton 20