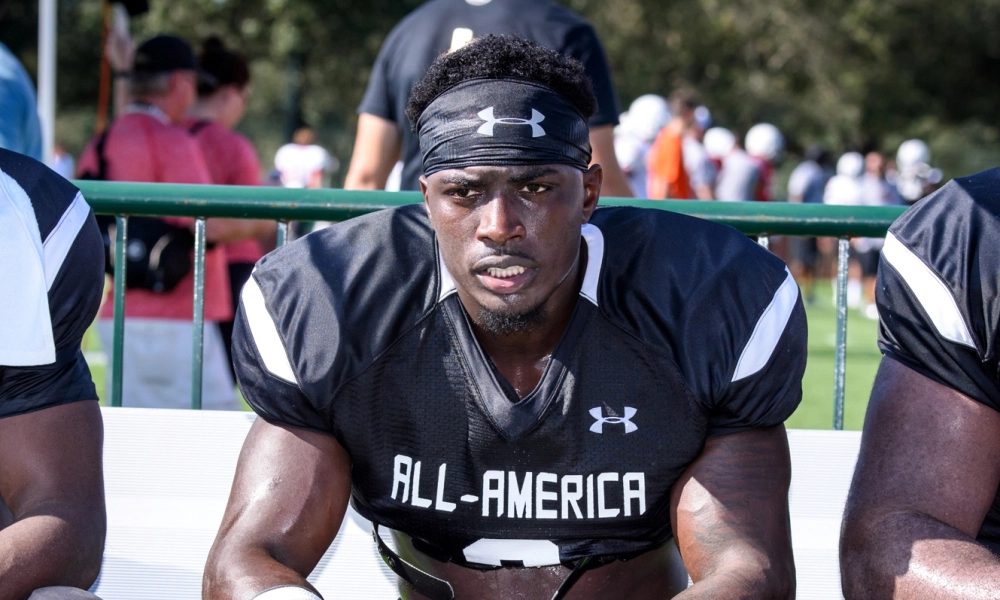 ORLANDO, Fla. — Archbishop Hoban (Akron, Ohio) running back Todd Sibley knew all along he intended to be an Ohio State football player.

He committed to the Buckeyes in the spring of his sophomore year, but when he was asked to possibly grayshirt his freshman year, delaying his entry at Ohio State, he had second thoughts. Last June, he switched his commitment to Pitt.

Proposed NCAA rule changes put forth by the Division I Council in October would allow players to sign in June following their junior year or in December of their senior year, in addition to the February signing period that already exists for seniors. The two early periods would each be three days.

The proposals are expected to be voted on in April by the NCAA Board of Directors. Knowing what he knows now, Sibley would never recommend an early decision.

“I would have waited,” Sibley said. “I think signing early can change a lot of things for a kid. You never know what can happen between signing periods with all the coaching changes and program changes. I really don’t like the idea of signing early.”

The biggest sticking point of the proposal for many players at the Under Armour All-America Game is the havoc a coaching change can have on a player’s career. New college coaches may not be as sold on an early signee and could bring in an offense or defense that doesn’t fit as well with a player. This year, 18 new coaches have been hired at FBS schools and more changes are likely following the bowl season.

IMG Academy (Bradenton) center Cesar Ruiz didn’t want to be one of those players who changed his mind, so even though he’s going to enroll early at Michigan, he didn’t make his commitment official until Dec. 19.

“In June, I was really undecided,” Ruiz said. “As a recruit, if you want to sign in June, sign in June. As for whether I would recommend it, no. I just feel like if you’re somebody with a lot of offers, you should enjoy the process. Take all of your visits and make your mind up from there.”

Central Catholic (Pittsburgh) offensive lineman C.J. Thorpe, who committed to Penn State last April, said the only way a June signing makes sense is if a player would have enough time to make their official visits before signing their National Letter of Intent.

“Even if I could have signed in June, I probably would have waited to go on my visits, to solidify everything,” said Thorpe, who has visits planned to Penn State and UCLA before signing day. “If they had allowed the time for earlier visits, I might have gone early.”

IMG Academy linebacker Dylan Moses, a first-team ALL-USA linebacker, said the early signing period might be a better decision for a three-star recruit rather than a five-star.

“If they were to do that before the season, it’s good if you’re sticking with a commitment and you’re all about the school,” Moses said. “It’s a good thing, but at the same time, a lot of stuff could happen in a whole season. For a three-star, (an early signing period) is a good thing because you don’t have to worry about a coach taking a scholarship away or coaches moving you out of the way. But for a five-star, they should take their time and look at every school, every chance they get and watch closely.”

“I think there are pros and cons to it,” Sanchez said. “The good thing is if the kid signs early, there are less distractions for them during the high school season. Now, they commit and they feel like it’s out of the way and sometimes with social media, they stop getting all these hits during recruiting and they miss it, so they start looking around and decommit. On the other side, if you (sign) in June and your coach gets fired in September, then you’re stuck, especially if you committed because of that coaching staff. If you (sign) in June and the coach gets fired, they should open it back up.”

IMG coach Kevin Wright, who is one of the assistant coaches in the Under Armour Game and a former offensive coordinator at Western Kentucky, said the early signing period gives some players an option they don’t have now and it could reduce the practice of over-offering by schools.

“I’m a big proponent of having an early signing period,” Wright said. “There are a lot more positives than negatives. It locks colleges in as well. An offer would be an offer. Right now, a lot of offers are so-called ‘soft offers.’ It would end a lot of distractions, plus the players don’t have to sign early. It simplifies things and other sports have done it with success. There’s no reason football can’t do it.”