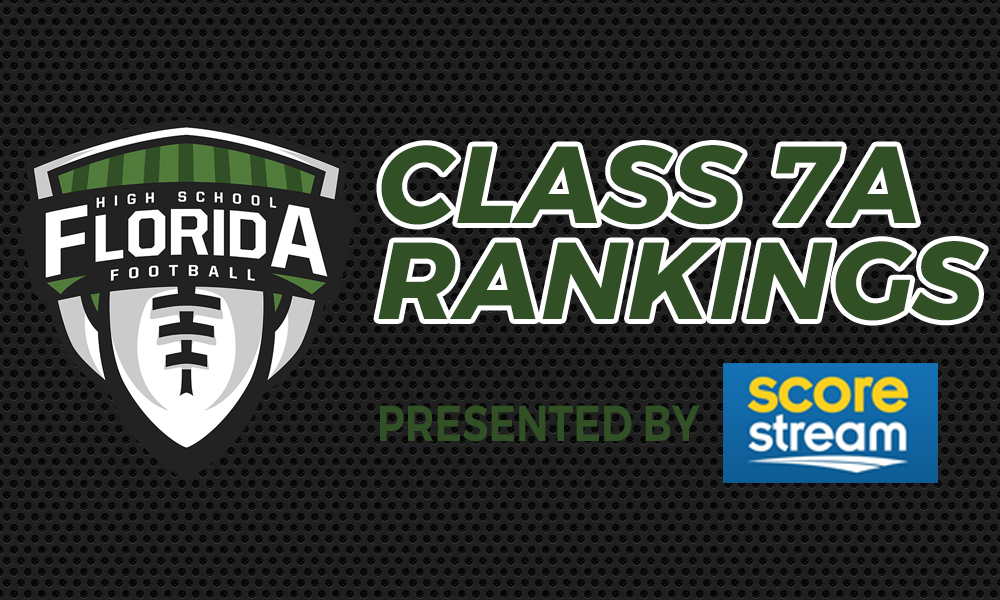 With opening week almost here, it is time to dive into the Preseason rankings here at FloridaHSFootball.com. Class 7A looks pretty much the same without much in changes in terms of the teams for this season. However, there is a very clear cut leader with the No. 1 team while everyone else looks behind them to figure out a way to dethrone the defending state champion in St. Thomas Aquinas. Without further ado here are our preseason Class 7A rankings for the 2017 season, Presented by ScoreStream!

WATCH: Watch the video above for our discussion on the Class 7A preseason rankings.

1. ST. THOMAS AQUINAS
2016 RECORD: 13-2
QUICK HIT: St. Thomas Aquinas has a chance to join the five other teams in the state that have won four state championships in a row this season and the path looks pretty solid to do so. The Raiders have two nationally known opponents on the schedule along with a good slate of teams from Broward County. It will be hard to dethrone the Raiders from the top spot this season.

2. PLANT
2016 RECORD: 13-1
QUICK HIT: Reload is the word here for Plant and Robert Weiner’s squad. That is what the Panthers do every season. The biggest thing here is how the Panthers shrug off and forget about last season’s thrashing to St. Thomas Aquinas in the state championship and forge ahead to possibly make it back to Orlando. That is the biggest question to be answered.

3. VENICE
2016 RECORD: 12-1
QUICK HIT: A lot of the talent for the Indians is back this season and there should be no question that another deep playoff run could be in order. However, they will still have to deal with Braden River and Palmetto lurking around in the district to play the spoiler roll on things.

4. ROBERT E. LEE
2016 RECORD: 10-2
QUICK HIT: Some think the General may take a step back this year, but that remains to be seen. For O.J. Small’s squad, have a lot of the core group back from last season will only keep the Generals in the talk for another potential deep playoff run.

5. BARTRAM TRAIL
2016 RECORD: 8-5
QUICK HIT: A team that is pretty accustomed to deep playoff runs, Bartram Trail reached the Regional Finals last year before for falling to Robert E. Lee. The biggest thing to see is if they stick to one quarterback this year in Joey Gatewood or if they mix it up again. Some say Bartram Trail should be ranked ahead of Robert E. Lee, but we will see soon if that will be the case or not.

6. TAMPA BAY TECH
2016 RECORD: 9-2
QUICK HIT: The Titans ran deep in the playoffs last season looks like they could be ready to make another deep run again. The Titans will be lead once again by signal caller Michael Penix Jr. along with quite of bit of other talent returning to the field this season.

7. LAKELAND
2016 RECORD: 8-2
QUICK HIT: The Dreadnaughts benefited with a pick up of a few key players from Lake Gibson in the offseason and could help Lakeland shrug the quick playoff exits they have been dealt over the last few years. The schedule is also tougher for the Dreadnaughts so, this could help lead to a deeper playoff run as well.

8. DWYER
2016 RECORD: 11-1
QUICK HIT: Dwyer lost a lot due to graduation, but the expectation is for the Panthers to reload. However, a spring loss to Dr. Krop didn’t look too pleasing that could either be a sign or not a sign of things to come this season.

9. VIERA
2016 RECORD: 9-3
QUICK HIT: Ever since Kevin Mays took over Viera back in 2013, he has put the program on the map including the unprecedented run to the state championship game in 2015. With that in mind and the continuance of the program building with superior talent, it should not be a surprise they are ranked in the Top 10 to start the season.

10. SOUTH FORT MYERS
2016 RECORD: 9-2
QUICK HIT: The Wolfpack have a new coach this season, but the talent level is still there and they will be a team could make a deep playoff run depending on the finish and who they draw in the playoffs this season with the new playoff system.

TOP GAMES OF THE WEEK PREVIEW: Ponte Vedra at No. 16 Bartram Trail