Home Around The State Statewide Games of the Week: Thursday games edition 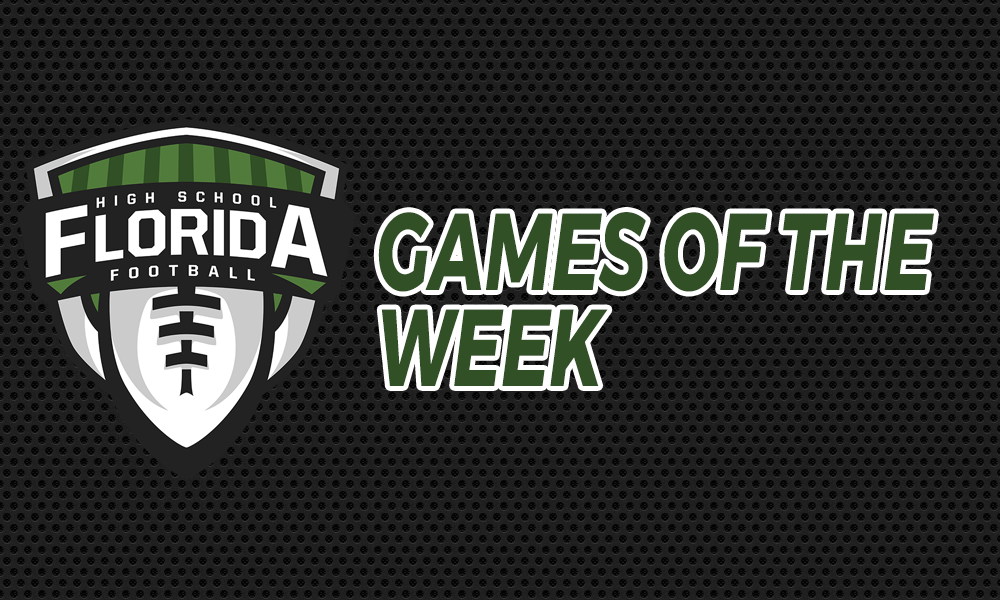 WHEN: Thursday, 7 p.m. ET
WHERE: Traz Powell Stadium, Miami
RANKINGS: Chaminade-Madonna: No 15 in Florida Top 25, No. 1 in Class 3A; Miami Central: No. 7 in Florida Top 25, No. 3 in Class 6A
THINGS TO KNOW: Chaminade-Madonna is locked and loaded to make a potential run towards their first state championship in over a decade. That run will get started right out of the gate with a big challenge from Miami Central. For the Lions, they will rely a lot on running back Shaun Shivers, who rushed for 1,500 yards last season as part of a Class 3A State Runner-up finish. Miami Central is looking to get things started here quickly after missing the playoffs last season that ended a run of four consecutive state championships. The Rockets will benefit from having running back James Cook on the roster, plus a plethora of talented transfers on the roster. Miami Central is currently ranked No. 17 in USA TODAY’s Super 25 rankings. In the end, this game could be very close as the classification numbers will not matter when looking at both teams.
USA TODAY HSS SCORE PREDICTOR: Miami Central 35, Chaminade-Madonna 14
PINKOS FORECAST: Miami Central 13 over Chaminade-Madonna
FHSF PREDICTION:

WHEN: Thursday, 7 p.m. ET
WHERE: Bill Spoone Stadium, Orlando
RANKINGS: University: unranked in Class 8A; Dr. Phillips ranked No. 9 overall in Florida Top 25, No. 2 in Class 8A
THINGS TO KNOW: A rare Thursday night matchup for both University and Dr. Phillips, this game will showcase quite a bit of Division I talent for both teams. For the visiting Titans, the big player to watch is senior running back Lorenzo Lingard who is coming off a 1,400-plus yard season with 24 touchdowns as a junior. He is expected to do even more on the field as he helps the Titans look for their first playoff berth in school history after three consecutive 8-2 seasons that did not result in a playoff berth. Dr. Phillips will be missing defensive star Tanner Ingle as it was revealed earlier in the week that he had been practicing on a torn meniscus and may not return until their Week 5 game against Mainland (Daytona Beach). However, the defense has several other key players that should step in and be just fine with Ingle missing while the offense looks to see the offensive line lead the way with all the starters back from last season.
USA TODAY HSS SCORED PREDICTOR: Dr. Phillips 28, University 21
PINKOS FORECAST: Dr. Phillips 4 over University
FHSF PREDICTION:

POLL: Who do you think will win tonight between @UniversityHighS & No. 9 @dphsfootball?

WHEN: Thursday, 7 p.m. ET
WHERE: Virgil Ramage Stadium, Lakeland
RANKINGS: Osceola: ranked No. 8 in Class 8A; Lake Gibson ranked No. 8 in Class 6A
THINGS TO KNOW: Osceola is coming off a perfect regular season in 2016 that was crushed by a 1-point loss to Treasure Coast in the regional quarterfinals of the playoffs last season. Lake Gibson is coming off a 13-1 finish with a Class 6A State Runner-up finish to Miami Carol City. With it being a new season though, the goals are the same for both the visiting Kowboys and the host Braves — getting back to Camping World Stadium in Orlando. Osceola appears to have reloaded and is set to go. The biggest name to watch will be Jordan Redmon who will anchor the defensive line once again. He recorded 7.5 sacks last season and has over three dozen offers to his name. For Lake Gibson, the loss Kevaris Thomas to Lakeland means that the Braves will have to fill the role of a starting quarterback with someone else. That someone else is Travis Williams, who transferred into Lake Gibson from Auburndale during the offseason. In the end, the defense might be the big game here and whoever has the most turnovers will likely win the game.
USA TODAY HSS SCORE PREDICTOR: Lake Gibson 28, Osceola 12
PINKOS FORECAST: Lake Gibson 6 over Osceola
FHSF PREDICTION:

POLL: Who do you think will tonight between @FootballKowboy & @LGBravesFB?