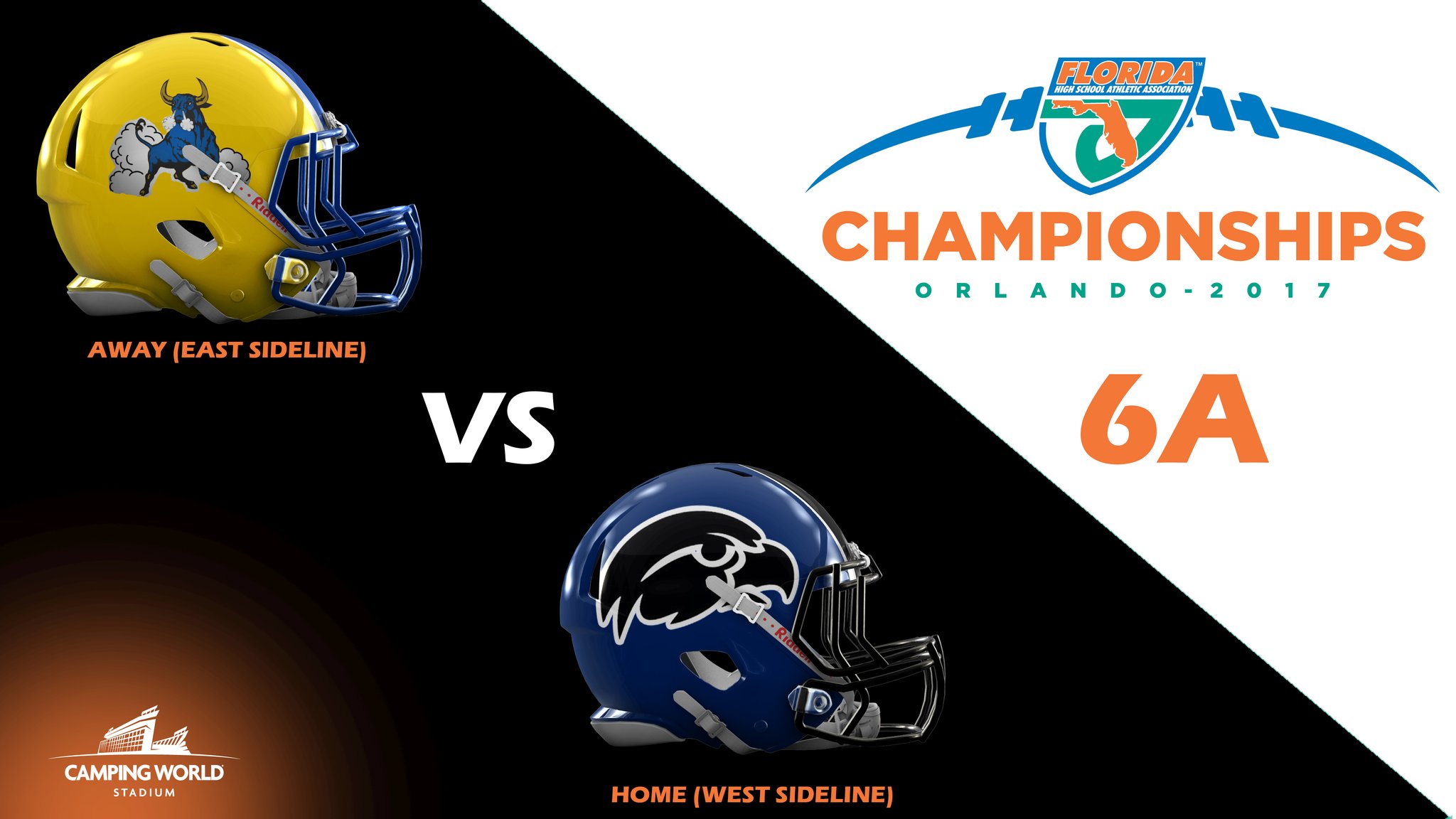 The Skinny: The Bulls are back in the state championship game for the first time since 2008 which they lost to Sanford Seminole in the Class 6A state championship game … On the offense, Tutu Atwell will lead things off for the Bulls at quarterback. He will look to keep things balanced with Bo Kendrick leading the way in the running game … Defenisvely the Bulls will rely on a heavy of top talent that is ranked nationally with defensive backs Divaad Wilson and Richard Wildgoose leading way while defensive lineman Demetrius Mayes leads the way along the defensive line.

The Skinny: Armwood is back in the state championship game after missing last year when they fell to eventual Class 6A state runner-up Lake Gibson in the Regional Semifinals … Offensively the Hawks are led by senior quarterback Devin Black (132 of 218, 2,265 yards, 25 TDs, 5 INTs; 97 carries, 425 yards, 16 TDs) while Black helps keeps balanced with the use of running back Brian Snead (198 carries, 1,329 yards, 16 TDs). Black’s favorite target in the passing game is Jerome Ford (38 receptions, 800 yards, 8 TDs) … Looking at the defense, this has been one of the Hawks’ biggest attributes this season where they have posted four shutouts and have given up only double-digit points twice to Tampa Bay Tech in Week 1 and to Vanguard in the Regional Finals …. The defensive unit is led by linebacker James Miller who has been a monster on tackles (143 total tackles, 41 TFL, 10 sacks, 3 FR, 9 FF, 5 blocked punts, 1 blocked field goal), De’Shard Hughes (81 total tackles, 20 TFL, 6 sacks, 3 FR, 1 FF) with defensive lineman Fitzroy Gardner (90 tackles, 33 TFL, 16 sacks, 1 INT, 3 FF) and Malcolm Lamar (48 tackles, 19 TFL, 5 sacks, 1 INT, 1 FR, 1 FF, 1 blocked punt) leading the way in the trenches.

Let us preface this with the fact that the weather forecast could play havoc with this game, but if you look at these two teams, one thing is very clear… defense is going to lead the way. While Armwood has a good offensive output, the numbers seen by the Hawks are very likely to take a hit here. Miami Northwestern has relied on its defense to get here given the close games they have had all year with a lot of teams. And given the fact Armwood’s defensive numbers are up there as well, there is not a lot of room for error. We look at this game as one that will be a low scoring affair and could come down to a field goal, whoever has the ball last or possibly even a safety. But again the weather could play a major role in this game and could be the deciding factor if Armwood or Northwestern will walk away with the state championship.

WHO THE COMPUTERS PREDICT

We take a look at the computers and their predictions for the 2017 FHSAA State Championship games:

We gave our media pickers the biggest challenge of the year by not only predicting the winner of each state championship game, but the actual score of each game as well. Here are their picks: