Home Around The State WEEK 1 GAME TO WATCH: Palm Bay at No. 18 Cocoa 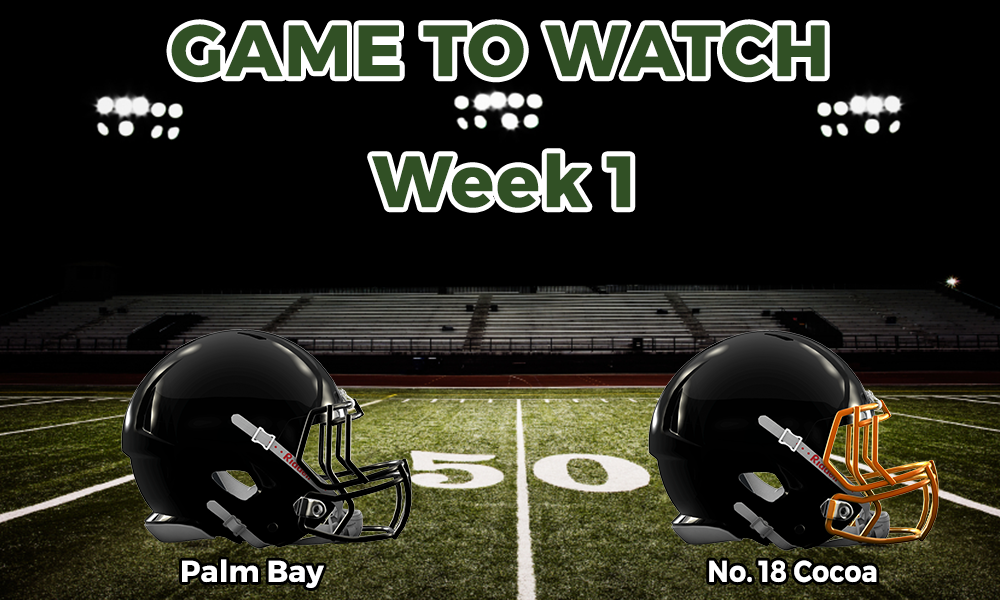 Palm Bay Outlook: Palm Bay is projected to be one of the top teams in the highly competitive District 5A-14 once again this season alongside Rockledge and Merritt Island. Dan Burke, who is the Dean of Coaches in Brevard County, per Alan Zlotorzynski at the Space Coast Daily, will be looking to make a statement against the 2017 Class 4A State Runner-up Cocoa. Palm Bay, which reached the playoffs last year before being bounced early will want to find a way to get a win to revenge the loss to the Tigers the last time they played in 2015. Players to watch including QB Jaheim Mayes as well RB Nate Wright, both who were contributors in last week’s 34-7 win over Melbourne in the preseason kickoff classic. According to state football historian Richard Burton, Palm Bay leads the series with Cocoa, 16-8.

Cocoa Outlook: The Tigers open the season with a new head coach in place with former Melbourne Central Catholic and St. Thomas Aquinas assistant Ryan Schneider. With Schneider taking over for the legendary John Wilkinson who left during the offseason for New Smyrna Beach will be installing his style to a team that has won four state championships and a runner-up finish in the past decade. While the defense will look the same, the offense is going to take some time to gel with Schneider switching to more of a passing attack compared to the rushing attack used under Wilkinson. According to Space Coast Daily, Cocoa has track meet last week with Clearwater in the kickoff classic that spotlighted by Caziah Holmes five touchdowns which he rushed for three, caught one and returned a 90-yard kick return for scores.

POLL: Who wins Friday night between Palm Bay (Melbourne) and No. 18 Cocoa?