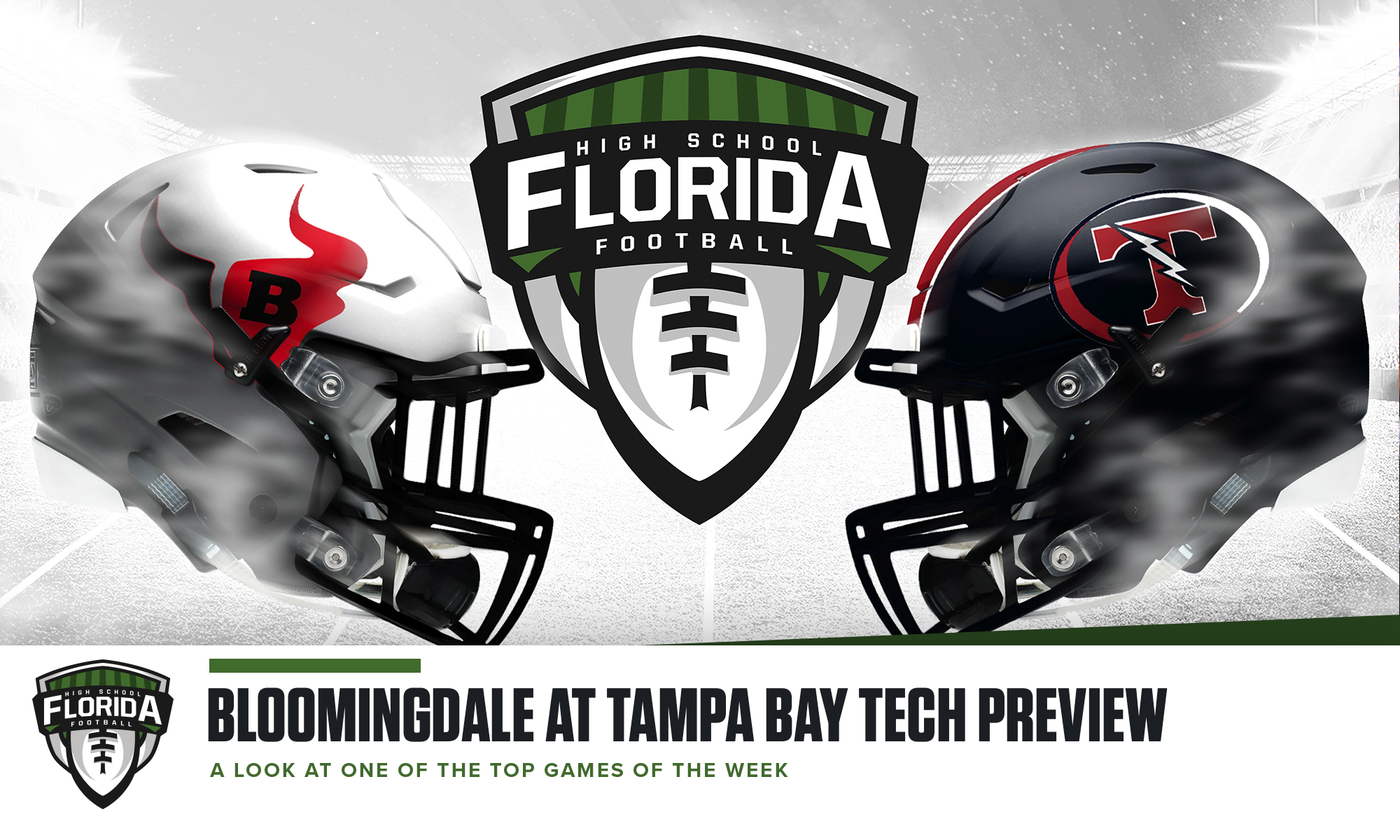 Skinny: The visiting Bulls come into this game with just one game under their belt with a 14-14 win over Armwood two weeks ago that was led by a strong defensive performance by linebacker Jamarion Neal(2021). Neal scored a touchdown on a fumble recovery in the end zone and had a game-sealing interception. Cornerback Philip Riley (2021), was the other who had scored points in that win which came off on a kickoff return and had four tackles in that game. For the host Titans, they have opened the season going 1-1 in the first two games with two games against playoff opponents from 2019 in Steinbrenner, and Gaither (who the lost to last week, 34-14), both of which made the state semifinals in their respective classifications. For the third straight week, Tampa Bay Tech is getting spotlighted due to the fact they are playing another playoff opponent and a rival team in Bloomingdale. In last week’s game quarterback David Wright (2021) was 8-of-19 for 206 yards and two touchdowns which were both scores that the Titans had with his favorite targets being receiver Jamari Gassett (2021) who had 124 yards receiving and a touchdown last week along with receiver Armone Harris (2021) who had 86 yards receiving and a touchdown. It should be noted finally in all of this… Bloomingdale has won the last two meetings in this series, so expect this a very tight battle.