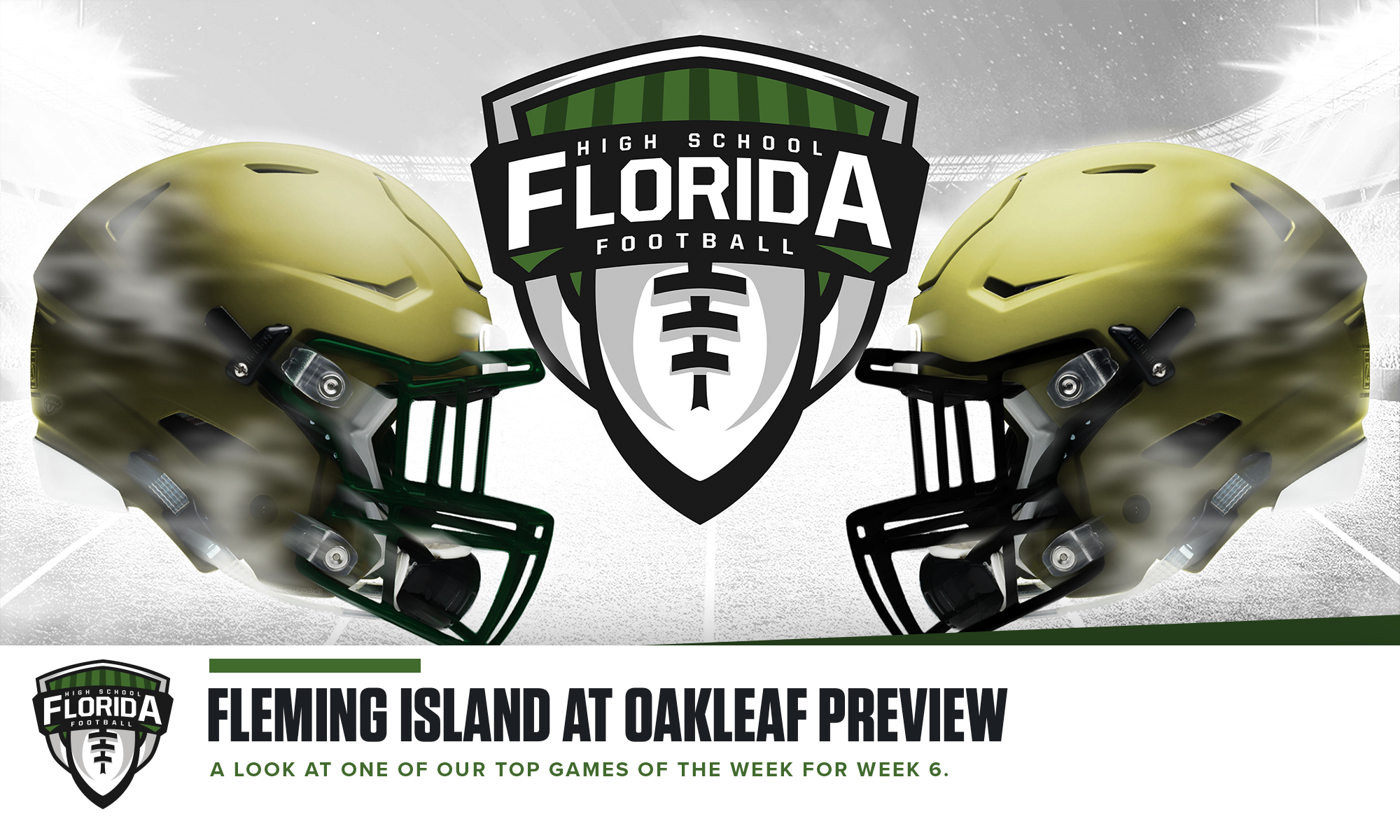 Where: The Dungeon, Orange Park

Skinny: Fleming Island is rolling into this game with momentum after coming off a come from behind 26-23 victory over Creekside in which they were down 20-6 in the third quarter that started the march back to a victory. The defense was in key spectacular in the fourth quarter where they had three takeaways on Creekside that helped sparked the comeback in a lot of ways as well. That defensive effort was led by Devin Grind (2021) who had two interceptions and seven tackles in the game, expect the Golden Eagles to run the ball more than passing as the team has put up 877 yards rushing and 11 touchdowns on the season with Timothy Thomas (2021) leading the way so far with 46 carries for 302 yards and five of the 11 touchdowns. Oakleaf is coming off a 25-12 loss to Camden County, Ga at home. However, do not mistake Oakleaf’s record for not being a good team. In fact, that record is for showing the strength of schedule they have been able to keep amongst the many moving factors during the pandemic. Quarterback Walter Simmons III (2021) was 13-of-30 last week for 238 yards, two touchdowns, and two interceptions. The interceptions were a key factor for the loss and something that Simmons will look to avoid this week with their county rival. Receiver Terrance Anthony (2021) will be his favorite target once again after having eight catches for 154 yards and a touchdown last week.

TOP GAMES OF THE WEEK POLL: Who wins Friday night?