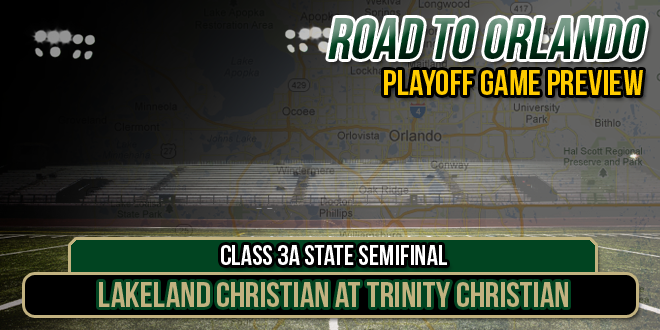 About Lakeland Christian: Former University of Florida quarterback Wayne Peace is the head coach of Lakeland Christian and his team is loaded on both sides of the ball led by utility player Christian Alexander (2613 yards, 34 TDs). Alexander threw for 227 yards and 3 TDs in their first ever playoff win for the Vikings two weeks ago. He followed that up with an 18 of 24 for 191 yard and three touchdown performance in a rout over First Academy last week. The Vikings never punted rolling up 426 yards and a season high 53 points thanks to tailback Keland White’s 114 yard and three touchdown performance. Aside from Alexander and White (707 yards, 13 TDs), the Vikings (winners of eight in a row) will count on wide receivers RB Marlow (1055 receiving yards, 15 TDs) and Larenz Deshazor (854 receiving yards, 11 TDs).