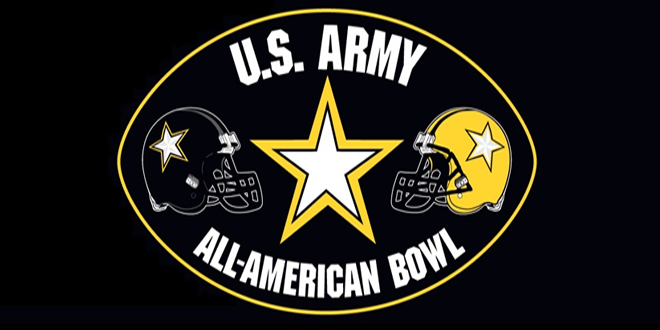 “The six Player of the Year finalists have exhibited tremendous dedication to their sport and teams, and have shown leadership both on and off the field,” said Mark S. Davis, deputy assistant secretary of the Army for marketing. “We congratulate all of the finalists and look forward to the winner’s announcement in January during the U.S. Army All-American Bowl awards show.”

The 2015 U.S. Army Player of the Year finalists, in alphabetical order, are:

Rasheem Green (Junipero Serra High School, Gardena, California)
Green is currently ranked the #3 defensive tackle in the nation by 247 Sports. The 6-foot-5, 284-pound senior has offers from over 20 schools, including Oregon, UCLA and USC. During his junior year, Green recorded 30 solo tackles and 14 sacks in 14 games placed, earning the title of 2013 Mission League Lineman Most Valuable Player. Prior to suffering a knee injury in Serra High School’s last regular season game this year, he recorded eight sacks and over a dozen tackles in a single game. His head coach, Scott Altenberg, will be part of the coaching staff as the West team Head Coach for the 2015 U.S. Army All-American Bowl. Green will be making the trip to San Antonio with Altenberg and fellow Army All-American and teammate Stanley Norman.

Derrius Guice (Catholic High School, Baton Rouge, Louisiana)
Ranked the #4 running back in the country by 247 Sports, Guice stands at 5-foot-11, 219-pounds. The LSU commit finished his 2015 regular season with more than 1,300 rushing yards and 16 touchdowns. As an elite running back, Guice rushed for 1,100 yards and 13 touchdown in his junior year at Catholic High School. He has been recognized for his ability to run with power and show good vision on the field.

Porter Gustin (Salem Hills High School, Salem, Utah)
Having played as both a quarterback and linebacker in high school, the 6-foot-5, 240-pound senior is ranked fifth in the state for passing yards with 2,864 and also leads in tackles with 152. Ranked by 247 Sports as the #1 player in Utah, Gustin has offers from over 30 schools, including USC, Notre Dame, Arizona State, Florida State and LSU. As one of the nation’s top linebacker recruits, the Army All-American is also a candidate for the Gatorade National Player of the Year award and was named a Semifinalist for the Butkus Award. Athleticism is a family affair, as Gustin’s father was a starting quarterback at the University of Wyoming and his mother was a high school All-American who went on to be a four-time all-conference basketball player at BYU and Wyoming.

Martez Ivey (Apopka High School, Apopka, Florida)
Known for crushing defenders on the move in the second level, the impressive 6-foot-6, 270-pound offensive lineman is a force to be reckoned with. Ivey has offers from 18 Division I schools, including the University of Florida, Auburn, Alabama, Clemson and Florida State. The top-rated senior is ranked #1 in position by 247 Sports, ESPN, Rivals and Scout. Ivey’s humble attitude and consistency earned him a leadership role as captain of the Apopka High School football team. Fellow teammate Chandler Cox will also be playing in the 2015 U.S. Army All-American Bowl.

Trenton Thompson (Westover Comprehensive High School, Albany, Georgia)
The University of Georgia commit and 6-foot-4, 292-pound defensive line earned a number of accolades as a high school senior. Thompson is currently ranked the #1 defensive tackle in the state, #1 overall recruit, ranked by 247Sports and #6 overall recruit in the ESPN 300. As a four-year starter, Thompson has recorded 241 tackles, 21 sacks and two interceptions. His 83 tackles and 12 sacks during his junior made him an all-state pick.

Chris Warren (Rockwall High School, Rockwall, Texas)
With over 20 offers from Division I schools, including Oregon, Stanford, Texas and Washington, Warren is ranked #6 in position by 247 Sports. The 6-foot-2, 232-pound running back was named for Offensive Player of the Week by the Dallas Morning News this year for the week ending November 1st. He has recorded 3,307 rushing yards, 276 receiving yards and 50 touchdowns in 20 games played as a varsity athlete. Warren is the son of former NFL running back Chris Warren, who played for the Seattle Seahawks, Dallas Cowboys and Philadelphia Eagles.

For more information on the U.S. Army All-American Bowl and its related events, visit usarmyallamericanbowl.com and goarmy.com/events/aab or the official Facebook and Twitter pages located at facebook.com/USArmyAllAmericanBowl and twitter.com/armyallamerican.