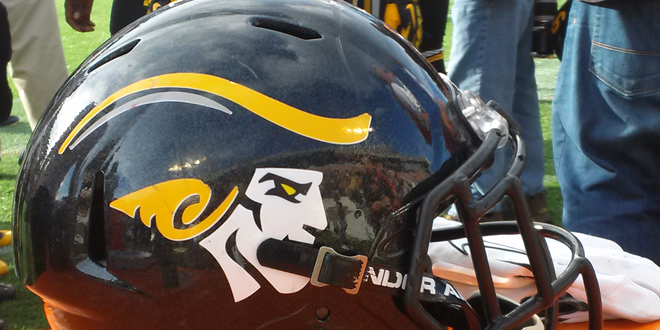 The Patriots (3-1), after allowing Coconut Creek (2-2) to tie the score at 14 following an interception, scored 27 unanswered points to put the game out of reach. The game’s final play was a 6-yard run by American Heritage’s 4-foot-5 running back, Adam Reed.

American Heritage cornerback Patrick Surtain Jr. opened up the second half with a 55-yard interception return for a touchdown to put the Pats up 34-14. Jason Brown threw his second touchdown pass of the night, a 35-yarder to Anthony Schwartz, to end American Heritage’s scoring.

Brown had two first-half touchdown runs and threw a second-quarter touchdown pass to junior wide receiver Laress Nelson. The other first-half score for American Heritage came on a 2-yard run by running back Khalil Herbert.