Home Around The State ALL-STATE: Class 2A Superlative Nominations 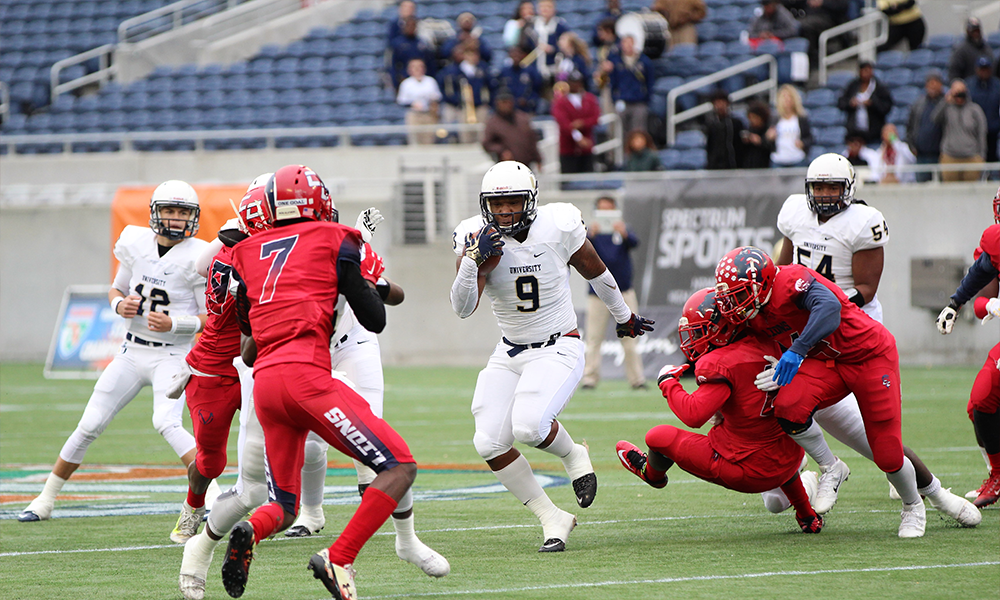 CLASS 2A OFFENSIVE PLAYER OF THE YEAR NOMINEES

CLASS 2A DEFENSIVE PLAYER OF THE YEAR NOMINEES

CLASS 2A COACH OF THE YEAR NOMINEES

Mike Alstott, Northside Christian (St. Petersburg)
Finishing the season with a 10-3 record, Alstott lead the Mustangs to the District 2A-6 championship while also guiding the team to the first-ever appearance in the state semifinals.

Dennis Marroquin, Champagnat (Hialeah)
In only his second season at the helm of the Lions program, Marroquin has brought the good back into this team helping them reach their first state championship game since 2013, finishing with a 11-2 overall record.

David Penland III, University Christian (Jacksonville)
Guided the Fighting Christians to the first back-to-back state championships since 1991-1992 while playing through a difficult schedule that saw at least one game get canceled due to a hurricane.

Billy Sparacio, First Baptist (Naples)
Helped guide the Lions to another regional final finish this season finishing the season with an 8-4 overall record behind some of the leading talent in Southwest Florida.

Tommy Lewis, Victory Christian (Lakeland)
Took the Storm back to the their fourth consecutive state semifinal and improving the win total from last year in the process with a 10-2 overall record.