Home Around The State ALL-STATE: Class 4A Superlative Nominations 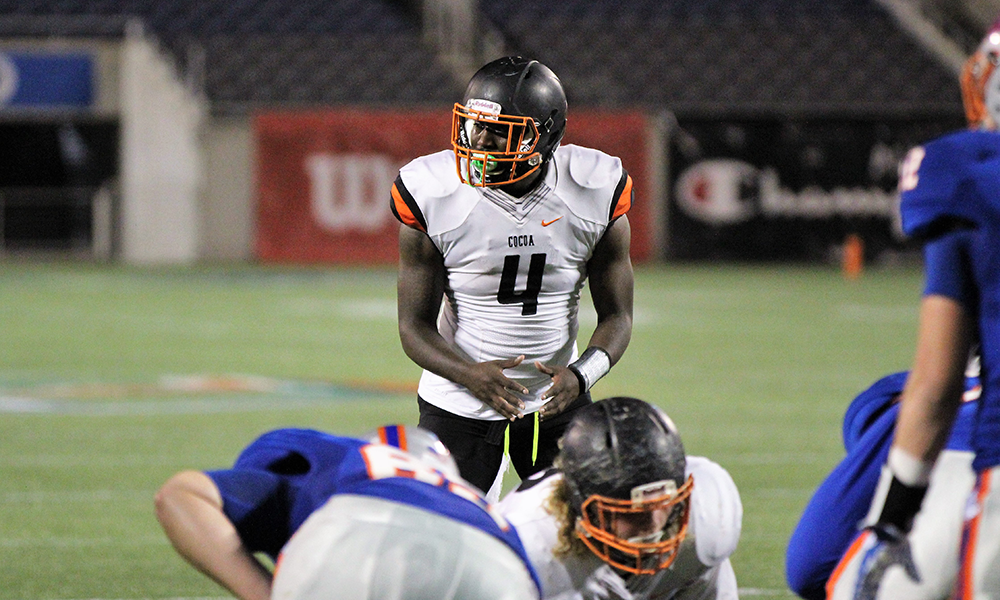 CLASS 4A OFFENSIVE PLAYER OF THE YEAR NOMINEES

CLASS 4A DEFENSIVE PLAYER OF THE YEAR NOMINEES

CLASS 4A COACH OF THE YEAR NOMINEES

John Wilkinson, Cocoa
Guided the Tigers through a tough schedule and finally beat Booker T. Washington for the first time in six years of playing them in the state semifinals. Finished the season with first state championship since 2010 and 11-1 record.

Corky Rogers, Bolles (Jacksonville)
The most winningest coach in state history continued to add on to his win total this past season leading the Bulldogs back to the Class 4A state championship after missing out last season. Finished with a 12-1 record.

Ty Lawrence, South Sumter (Bushnell)
In his first year as head coach and filling the big shoes of former head coach Inman Sherman, Lawrence made the most of it taking the Raiders to the state semifinals for the first time since 2007, capturing the District 4A-4 championship and nearly upsetting state runner-up Bolles. Finished with a 10-2 record.

Elijah Williams, Jones (Orlando)
Back to the coaching grind after a year off, Williams instantly put the Jones program back on the map, finishing as the District 4A-5 runner-up to Cocoa and reaching the second round of the playoffs. Finished the season with a 10-2 record.

Wade Jackson, Avon Park
Lead Avon Park to back-to-back district championships for the first time in years, while leading the team to a 9-2 overall finish.