Home Around The State ALL-STATE: Class 6A Superlative Nominations 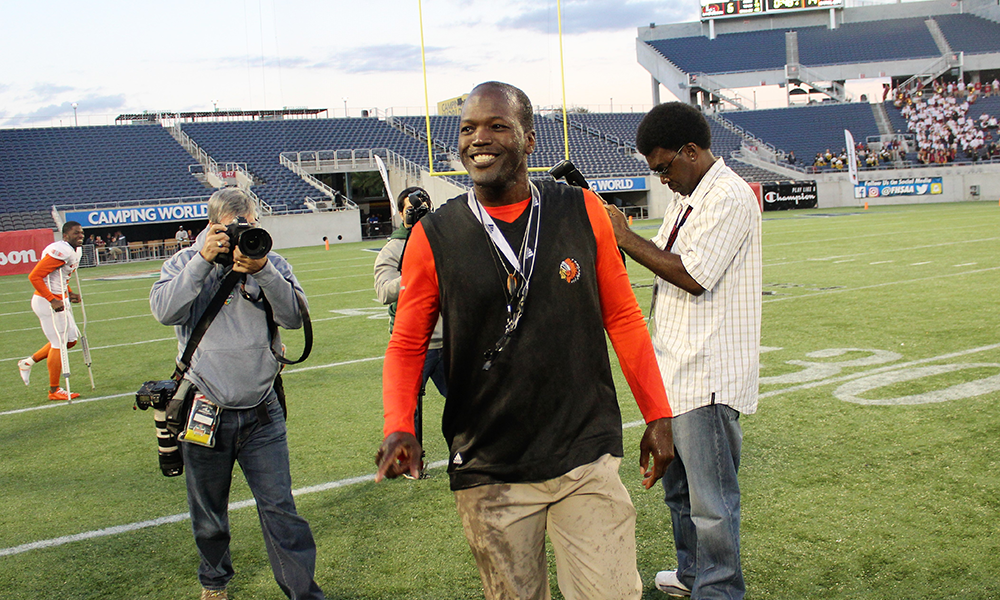 CLASS 6A OFFENSIVE PLAYER OF THE YEAR NOMINEES

CLASS 6A DEFENSIVE PLAYER OF THE YEAR NOMINEES

CLASS 6A COACH OF THE YEAR NOMINEES

Aubrey Hill, Miami Carol City
Lead Chiefs to first state championship since 2003 while finishing the season with an 11-3 record.

Binky Waldrop, Charlotte
In making first run to the state semifinals since 2002, Waldrop led his squad to an undefeated regular season and finishing the season with a 12-1 record.

Doug DeMyer, Lake Gibson
In his first season as head coach, DeMyer led the Braves to the unthinkable, finishing the regular season with an undefeated record and reaching the Class 6A state championship game finishing the season with a 13-1 record.

Bobby Clayton, Gulf Breeze
It was a big turnaround for a Gulf Breeze program that won only two games in 2015, to a team that won 9 games, winning the first district championship and hosting their first playoff game since 1989.