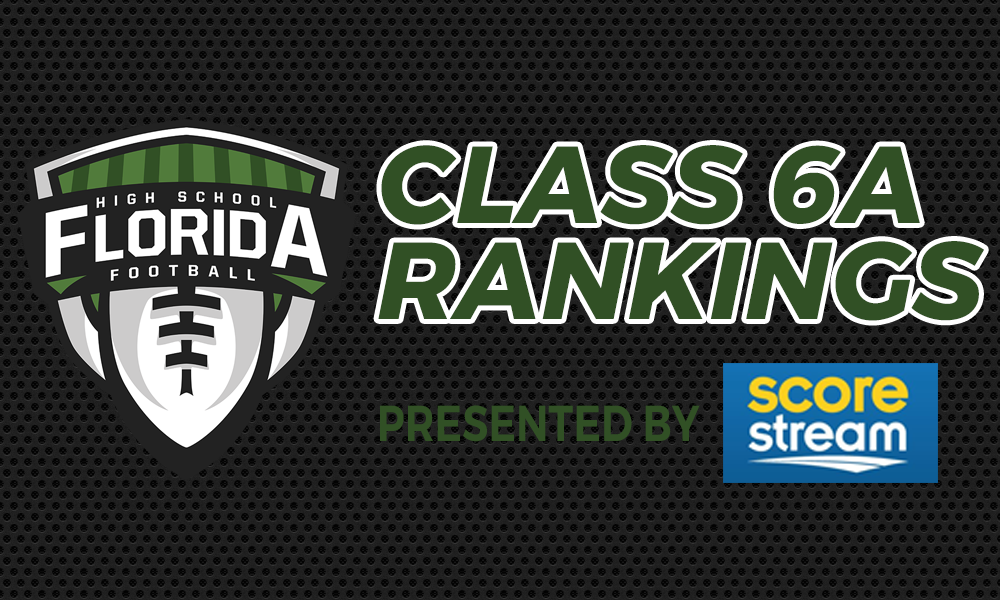 With opening week almost here, it is time to dive into the Preseason rankings here at FloridaHSFootball.com. Class 6A is by far considered to be the best classification for high school football in the state of Florida by many prep writers across the state and the nation. With that, a lot of teams will once again be vying to reach the state championship game in Orlando. Plus, with the changes to the playoff system, things are only going to get much wilder, especially with the district of death in Miami-Dade County. Without further ado here are our preseason Class 6A rankings for the 2017 season, Presented by ScoreStream!

WATCH: Watch the video above for our discussion on the Class 6A preseason rankings.

1. MIAMI CAROL CITY
2016 RECORD: 10-3
QUICK HIT: There might be a new head coach at Carol City this year, but there is a lot of excitement that things will continue on for the Chiefs. There is no lack of talent either for the Chiefs and as the defending state champions in Class 6A, they have a chance to do it again this season.

2. MIAMI NORTHWESTERN
2016 RECORD: 10-2
QUICK HIT: The Bulls showed they are a team on the rise last season and they will once again battle it out with Miami Central and Carol City to be the top dog in District 6A-16. However, until they beat Carol City or if Carol City struggles out of the gate, the No. 1 spot is not going to open up for them to have.

3. MIAMI CENTRAL
2016 RECORD: 6-2
QUICK HIT: With a big chip on their shoulder after missing the playoffs last season, the Rockets are looking for revenge against the No. 1 and No. 2 teams with the talent they will have on the field once again this season. However, with all three teams likely to be highly competitive this season, all three should be playoff bound this season under the new playoff format.

4. MAINLAND
2016 RECORD: 11-1
QUICK HIT: The biggest complaint here is why is Mainland not in 6A North or for that matter entire District 6A-13? The Buccaneers who have fielded several quality squads that were beyond capable of reaching Orlando have been dispatched every season for the last few years by the No. 1 or No. 3 teams listed above. Even with the loss of a few key playmakers, the Buccaneers should easily be in the mix for another deep playoff run this season.

5. ARMWOOD
2016 RECORD: 10-2
QUICK HIT: Sean Callahan might be gone, but the talent is not. With Evan Davis promoted to head coach right after Callahan’s resignation after spring practices, he has been able to keep things together for the Hawks. With a big chip on the shoulder after suffering a defeat to last year’s runner-up, Lake Gibson, they certainly will be in the mix to make a run back to Orlando this season.

6. NAVARRE
2016 RECORD: 12-2
QUICK HIT: With another state semifinal appearance for Jay Walls’ Navarre Raiders, things should be looking solid for a reload, not a rebuild in the Panhandle. Although some say that without some of the talented playmakers from the last year, that might things tougher, there shouldn’t be doubt placed on this program that has found a knack now for 8+ wins a year and a knack for deep playoff runs.

7. VANGUARD
2016 RECORD: 10-2
QUICK HIT: The Knights are looking to forget about last season when a run to the state championship games was on their minds. There are going to be some holes to fill, but Vanguard should still be one of the best teams in Region 2 and will be looking to make another deep run this season.

8. LAKE GIBSON
2016 RECORD: 10-2
QUICK HIT: Last year’s State Runner-up in Class 6A, a few key players transferred to Lakeland during the summer which took a hit on the Braves starting ranking here in the preseason. However, there is still enough talent that another playoff run is possible, but can they repeat the success of last year without the few key players they thought they had returning out on the field?

9. ST. AUGUSTINE
2016 RECORD: 11-2
QUICK HIT: St. Augustine’s deep run was ended by a very talented Navarre team, but the Yellow Jackets should be able to reload and be ready for another potential deep run in Brian Braddock’s second season as the head coach of his alma mater.

10. NAPLES
2016 RECORD: 9-2
QUICK HIT: After not reaching the Regional Finals for the first time in several years last season, FHSAA Hall of Famer Bill Kramer’s team should be ready with a lot of key players back with a season under their belts. A deep playoff run should not be out of the question for the Golden Eagles.