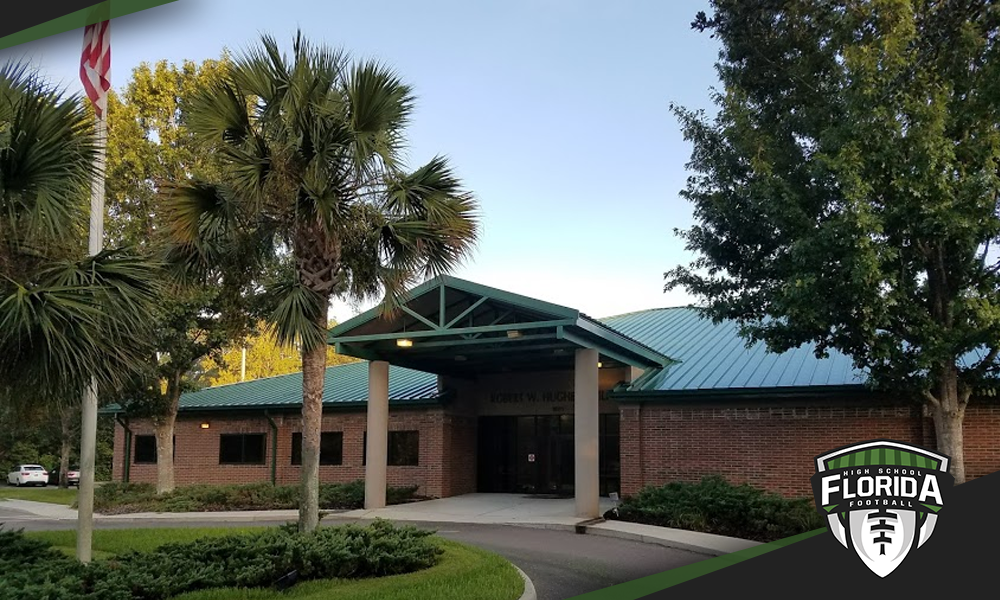 GAINESVILLE, Fla — It was a collective sigh of relief for the FHSAA on Sunday when the final brackets came to life on the NFHS Network.

However, the person taking the biggest sigh of relief was FHSAA football administrator Frank Beasley although he wasn’t totally relaxing just yet at that moment as he was getting the brackets ready to be published on the FHSAA website.

But if you had been inside the FHSAA offices on Saturday morning, no sigh of relief could be found.

With having all-access this past weekend to what was going on in the first year of the new playoff points system, the FHSAA wanted to make sure that everything was accurate. Even with the best computer formulas and software, things can malfunction from time to time.

All of that was made evident when several staff members sat a pair of tables inside the Dorothy W. Brunson Conference Center with stacks of master schedules printed off, laptops open and Chick-Fil-A breakfast sandwiches in a sack in the center of the table.

As the FHSAA staff reviewed the schedules, one thing was clear — Week 11 did matter for a lot of teams and was one of the biggest topics while reviewing things.

In my view, this Week 11 generated the most buzz I have seen for the final week of the season since FloridaHSFootball.com launched in 2010.

But there was a catch in all of this…

There was a wait for at least five to six more games to be played on Saturday afternoon and evening.

As it turns out, that small collective group of games mattered when it came down to the final seeding purposes.

One of the biggest games that matter was the Raines vs. Ribault game in the Northwest Classic in Jacksonville. A Raines win would likely guarantee the No. 1 seed in Class 4A-Region 1. A loss would have sent them to the No. 2 seed.

In the end of all that it was Ribault that ended up getting hurt even worse. A win would have given them the No. 2 seed in Class 5A-Region 1. Instead, a running clock loss shipped them down to the No. 4 seed.

Now fast forwarding to Selection Sunday with a time change built in… hey did anyone get any extra sleep by the way?

With Selection Sunday here, I got to the FHSAA offices early (is 7:30 in the morning early enough?) although Frank Beasley, Jamie Rohrer, Will Adams, and Kyle Niblett were already there before I even got there.

Walking in they were already doing another run through checking for any errors or changes with the results of Saturday’s games being entered. That kind of dedication was the sign you knew the FHSAA wanted to get this right.

By the time 9:00 AM rolled around things were pretty much set in stone as the final brackets for everyone in the room (including myself) was printed off.

With Austin Lyon of Spectrum Sports and Marty Pallman of ThePrepZone.com set to host the reveal on NFHS Network, attention turned towards which game in each classification was one to highlight as the best matchup for that classification.

Being there in the room at this moment made me realize that when you work hard to do something, the reward that follows it can be a big pay off as I batted out suggestions for which games to highlight. A lot of them were used, but everyone also knew it was going to be hard to just pick one game from each classification.

Then 10:00 AM Eastern rolled around it was time for a Facebook Live Chat. At that point, I knew I had to phrase my words carefully given I knew I was going to be hit up with a lot of questions.

On that chat, some people were trying to get me to spill the beans if I knew something but I felt as I did a good job not letting anything out there other than hypothetical guesses. Some of those guesses did happen, but others didn’t.

Although I was in the room, I was asked to hold off until the feed got out there which was on a feed delay of about two to three minutes. Once the matchups hit the screen I knew it would be a joyous moment for those following on Twitter in getting them posted.

Sure enough, it was as we saw the biggest one-hour spike on page views in the nearly eight-year history of FloridaHSFootball.com.

But at the end of the show with everyone in the room, including FHSAA Executive Director George Tomyn, it was nothing but a round of applause for how everything went. The matchups were out there and the Drive To December was out of the gate on the way to the Road To Orlando.

For myself personally, I was grateful for this rare opportunity to be inside the FHSAA offices. It may just be a perk of living in Gainesville, but maybe it is more than that and really signifies the credibility FloridaHSFootball.com has built around the state for high school football and girls flag football information.

However, in the end of all of this, a lot of credit needs to go to Frank Beasley for his vision on giving high school football the “shot of adrenaline” it needed in Florida and Justin Harrison, FHSAA’s Associate Executive Director of Athletic Services for tasking Frank with the challenge to find something to keep football exciting in Florida.

Also major thanks to Kyle Niblett and Jamie Rohrer for the invite to be there this weekend to see the bow be put on top of the all of this in the first year of the playoff points system.

And now for my take on how the playoff points system played out: I think it did the job it was designed to do. Yes, there were a few snubs, but that is how the points work and showed that strength of schedule means everything. I will say a few tweaks are needed for 2018 and beyond, but we are on the right path now for high school football in Florida and the path for teams to get to the playoffs.

Good riddance to the old win and you’re in format with district champions and runner-ups.

Now it is time to go see how the first round matchups play out here this week on our Drive To December.