Home Around The State 2017 FLORIDA ALL-STATE: Class 3A Player of the Year Candidates 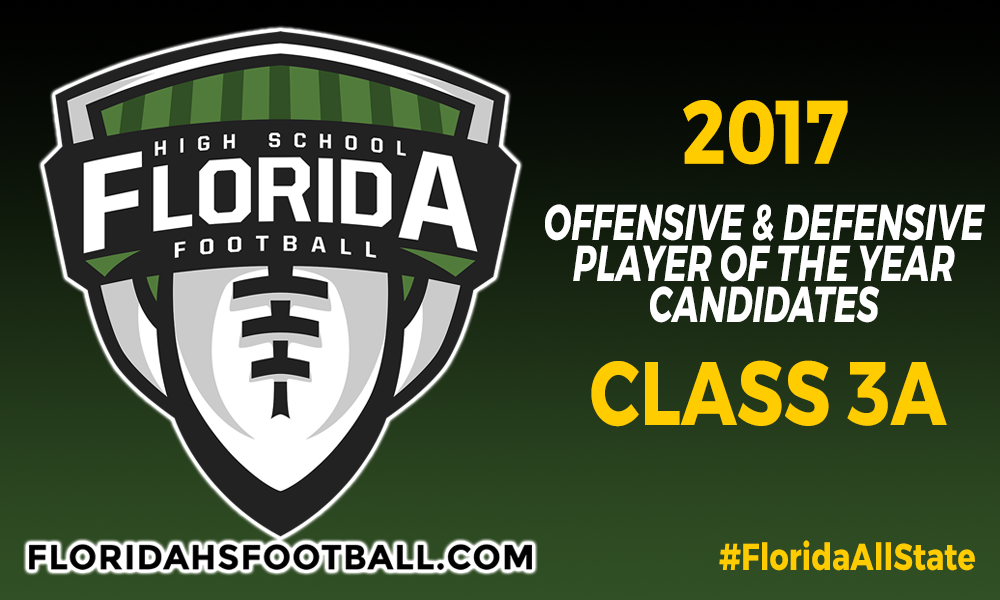 Without further ado, here at the candidates for 2017 Class 3A Player of the Year:

• QB/ATH Jordan Travis, Sr., Palm Beach Gardens Benjamin – Torched opposing offenses with his ability to throw or scrambling for yards on the ground. Travis finished with over just over 3,000 yards of total offense to his name and was responsible for 40 offensive touchdowns through the air or on the ground.

• RB Jerzhan Newton, So., Clearwater Central Catholic – One of the biggest offensive contributors to the Marauders undefeated regular season, Newton made the most of it rushing for 1,365 yards and 15 touchdowns while contributing 38 tackles on defense.

• DL Joel Morris, Sr., Melbourne Central Catholic – One of the leaders of the defense for the Hustlers, Morris made the most of it his senior season, collecting up 130 tackles, 21 tackles for loss, 16 sacks, three quarterback hurries, forcing seven fumbles while recovering a fumble.

• DB Keidron Smith, Sr., West Palm Beach Oxbridge Academy – One of the toughest lockdown corners in the state, Smith did not give up a score all season until the state championship game against Chaminade-Madonna.