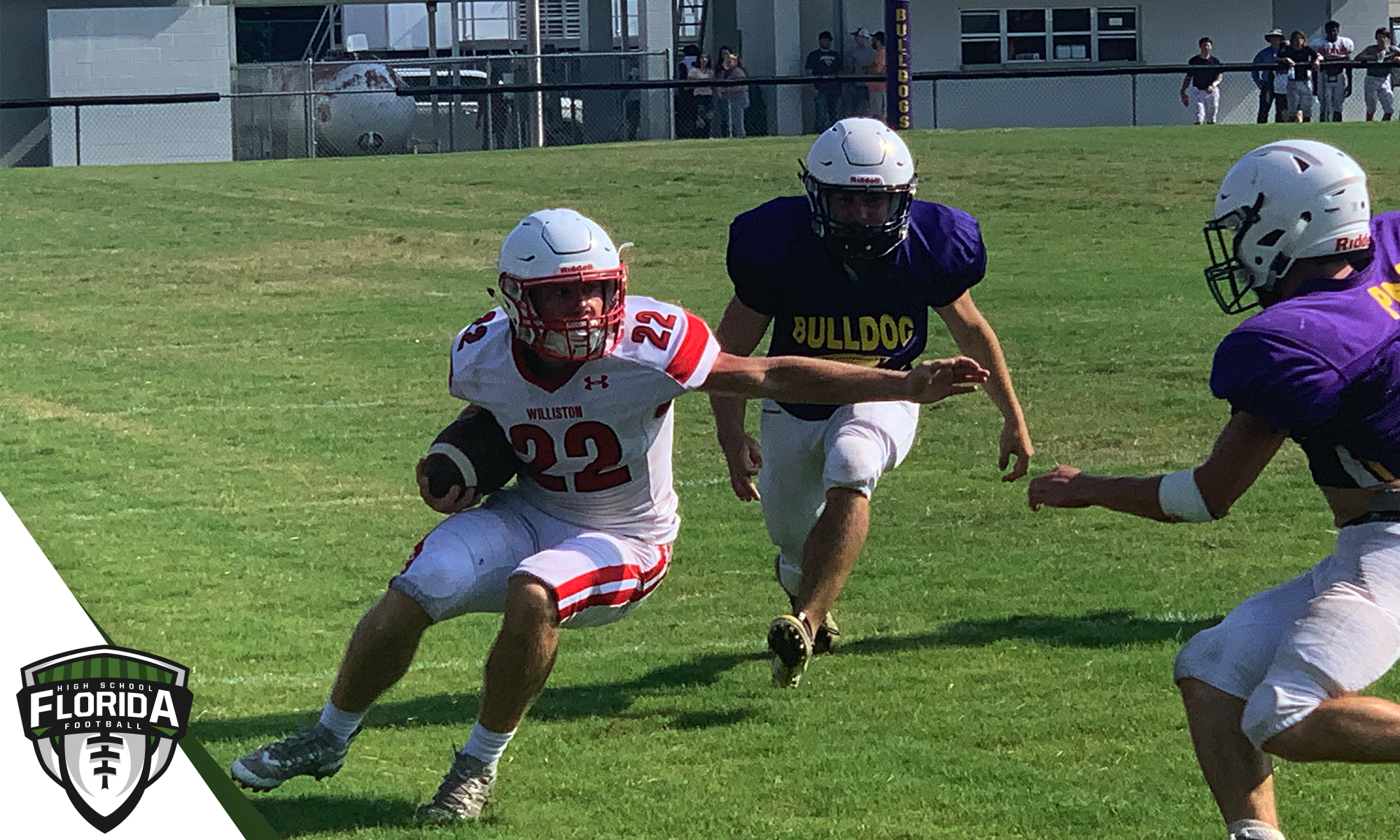 BELL, Fla. — The Suwannee Officials Association held an FHSAA officials training scrimmage at Bell High School in Gilchrist county giving nearly 30 officials training experience as they prepare for the upcoming to 2019 season. It also allowed coaches to get used to understanding some of the new rule changes that are being implemented this season, with the biggest of them being the implementation of the 40-second play clock.

Each team played one half of a running clock scrimmage, plus an additional quarter also with a running clock. While the scores don’t matter, each of the four teams used the opportunity to see what has been working and where corrections are still needed to be made at.

At the end of the scrimmage, the officials were treated to a BBQ lunch from Akins BBQ of Bell as a token of appreciation for what the officials do for all the FHSAA student-athletes, coaches and schools.