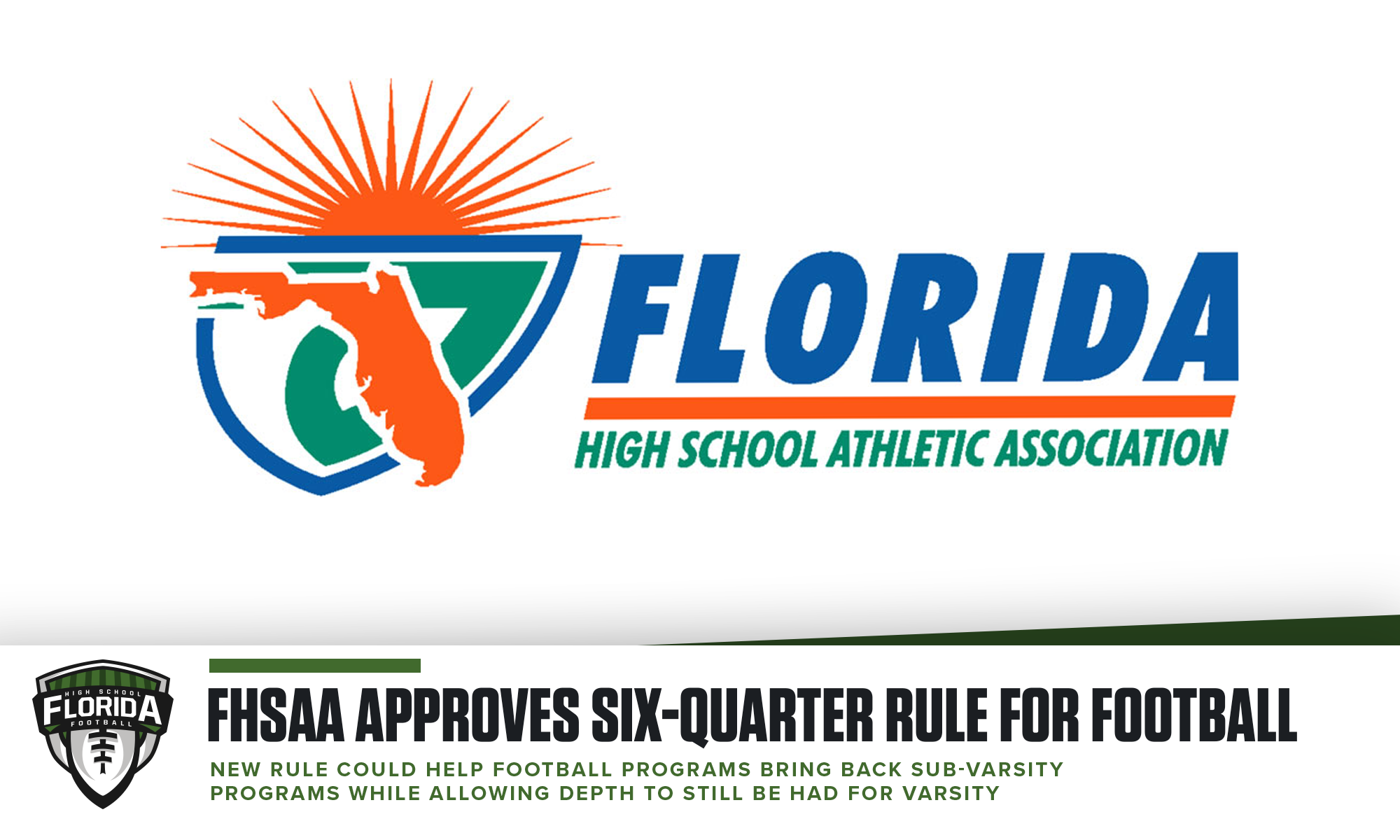 GAINESVILLE, Fla. – The Florida High School Athletic Association continues to evolve the sport of tackle football as the Board of Directors voted to approve a six-quarter rule for programs to utilize starting for the 2020-2021 school year during the FHSAA Boards of Directors meeting via Zoom on Tuesday afternoon.

The vote to add Policy 6.1.3.1 which would allow schools across the state to apply to the FHSAA football administrator to waive the 1 game per week requirement, which has been a standard rule for many years in Florida.

With the vote, it means a lot of struggling programs that have not had the terms of the numbers to field both varsity and sub-varsity teams which have been seen as a factor for the quality of development for an overall program at many schools across the state.

One thing in the vote that should be noted is that classification size will not be a factor for a team getting approval to be able to use the six-quarter rule. Instead, history of performance and current and past roster sizes will be used as the criteria for schools in the application process.

As for now, the clock for a week would start on a Monday and end on a Saturday at this time in terms of how the six-quarter rule would be followed per the FHSAA’s guidance.

The excitement for the new rule has spread around the state quickly:

The 6 quarter rule also allows you to create some depth on your special teams as well. Florida football needs this.

I think it helps small schools more. But here at satellite we will have close to 100 players in the program and it would be nice to have some of those kids on the bubble able to play mop up duty on a Friday night and gain valuable experience.

This is something I know Navarre head coach Jay Walls has wanted to see because it can help sustain interest in the sport. https://t.co/0Wt5PTWgkl

Would be a great addition for programs that try to keep JV football but roster sizes don’t really allow it. https://t.co/kiJwj3ixNE

Mostly small schools and schools with traditionally smaller rosters. Not a ton of need for it with bigger schools, but there certainly is upside. Not a lot of downside