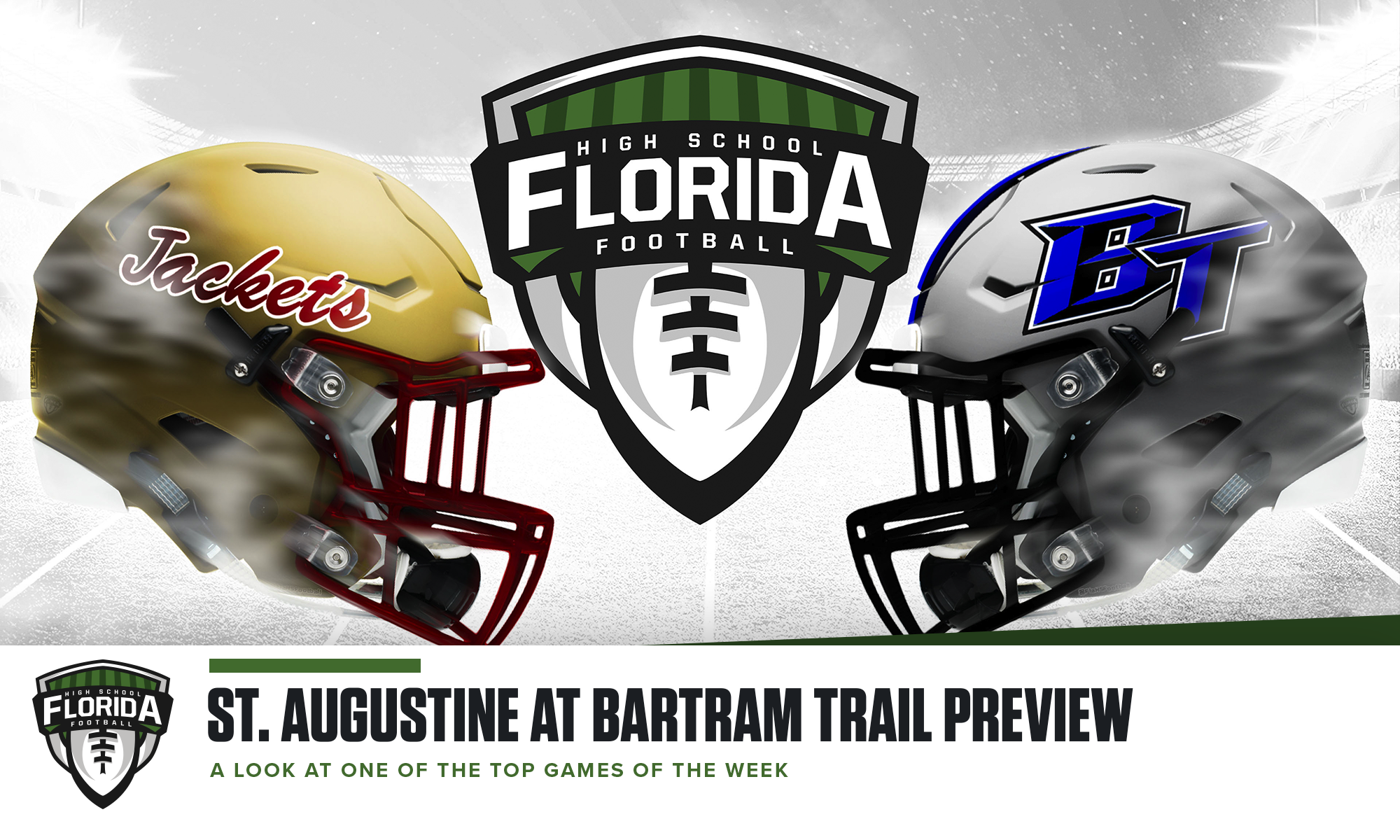 Skinny: This is one game we always look forward to every season and one that the majority of high school football fans in the Sunshine State seem to keep their eyes glued to when they meet up. Before 2018, Bartram Trail was winless in this series despite the fact of being called a rivalry because of the close scores and the crazy comebacks that St. Augustine had in various games over the series. It was not until 2018 that Bartram Trail finally had the opening of scoring that first victory, which came in a year that St. Augustine was rebuilding. And last year, the competitiveness returned with St. Augustine losing the game by just two points to the Bears. Now with this year’s version, the visiting Yellow Jackets are going to be looking for revenge to add to their dominating win column in the series. However, as such, they must first shrug off last week’s 40-23 loss to Bolles. However, there were promising signs in that game with quarterback Sammy Edwards (2021) having over 250 passing yards while running back Ty Baxter (2022) was also solid in the receiving game with over 100 yards receiving. That will be important for both to have that kind of performance, if not better, especially if the Yellow Jackets would like to pull out a win here. The host Bears are coming off a 26-13 win at Mandarin where quarterback Santino Marucci (2021) in his second start for the Bears after transferring from West Palm Beach Benjamin in the offseason saw him throw two touchdown passes on a nearly perfect night going 10-of-11 passing for 103 yards. Safety Kevin Weemhoff (2022) had a game-sealing 96-yard pick-six last week and will be considerable threat against the Yellow Jackets’ offense.