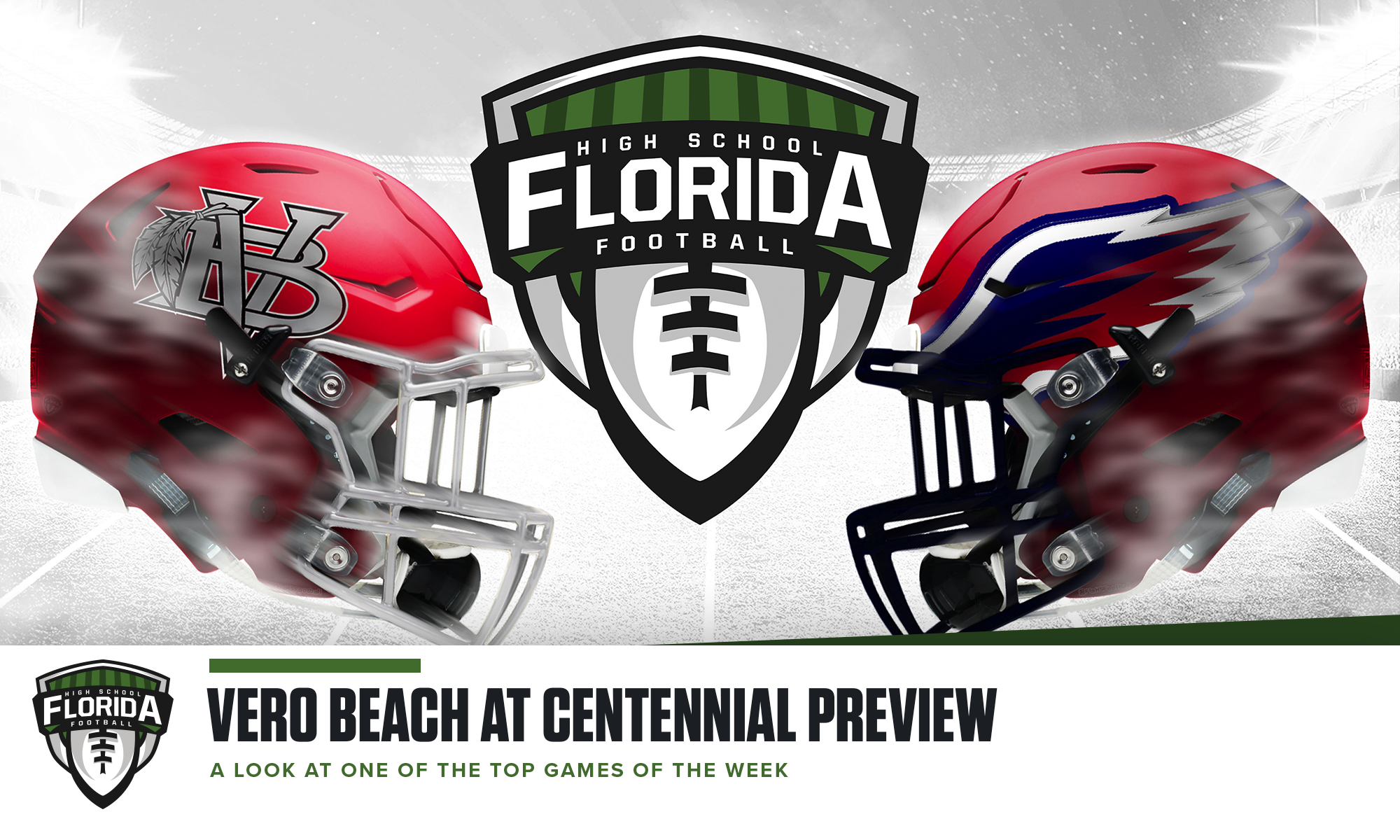 Skinny: In the last two years, this game which traditionally is a district rivalry game, has been on the edge and down to the wire in the final minutes of the game with Centennial being the closest in years of taking down Vero Beach. Matter of fact, Vero Beach is riding into this game with a state-record 63 regular season game win streak, which they official broke the old state record just last season. And for really digging into the past with things regarding this game the last time Centennial officially defeated Vero Beach was in 2011 in a 17-14 game that threw the district that year into a district tiebreaker situation that Vero Beach eventually came out ahead on. Now for Vero Beach, they are coming into this game with one game under their belt after having to cancel their first game of the season the week prior against Venice as result of COVID-19 cases impacting the team. In that game last week, the Indians defeated Port St. Lucie 35-0. Key players to keep an eye on including running back Bobby McMillian (2021) who had two rushing touchdowns last week as well as quarterback Jackson Nairn (2021) who appears to be the teams starting quarterback that is replacing graduated All-State quarterback Ryan Jankowski. Nairn had two touchdown passes last week in the win. For the host Eagles, this will be their season opener after having to postpone their first two games against Fort Pierce Westwood and Martin County as result of COVID-19 cases that impacted the team as well. The top returning key player for the Eagles this season is All-State linebacker Deshauwan Alleyne (2021) who had an impressive 118 tackles, 14 tackles for loss, three sacks, two fumble recoveries and one forced fumble during the 2019 campaign.