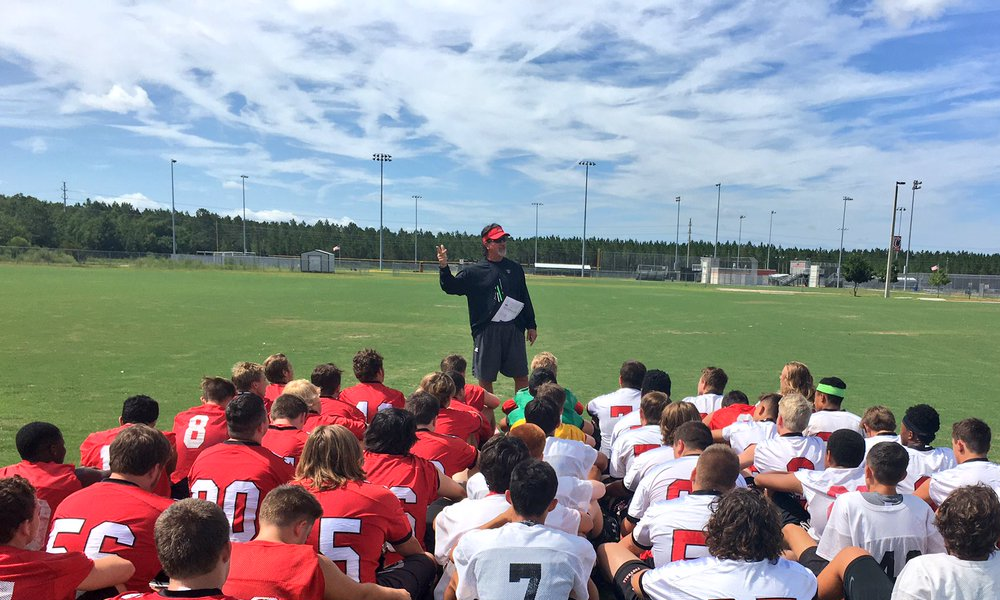 FRUIT COVE, Fla. — The Jeff Schaum era at Creekside has come to an abrupt end.

On Monday afternoon, the northwest St. Johns County school dismissed Schaum who was in the middle of his second season as the Knights head coach, first reported by St. Augustine Record’s Will Brown.

Jeff Schaum is out as Creekside football coach. Athletic Director Guy Harris will be the interim football coach effective immediately.

The move comes as the Knights have already fallen to a 0-5 record that has lost 18 straight games dating back to 2014.

A message posted on the Creekside High School Athletics website made clear that it was school leadership (administration) making the move to dismiss Schaum just after 15 games as coach.

Creekside’s School Leadership has determined that the football program is not competing at an expected level. Although we have not realized the desired progression of our football program, we value the service and commitment of Coach Jeff Schaum. Effective immediately and until further notice, Guy Harris, Athletics Director will assume interim leadership of all football program matters.

The St. Augustine Record reports that the move was made in the best interest of the kids.

This is really about the kids. I’m really here to support, serve and facilitate a process so that our coaches can give our kids their best for the next five weeks and four games,” Harris told The Record after practices Monday afternoon.

Schaum leaves Creekside with with an 0-15 record and a 47-45 record overall in the state of Florida that includes previous stops at Jefferson County and Lakeland Victory Christian, the later of the two programs where he had playoff success taking the Storm to three playoff appearances between 2009 and 2011.