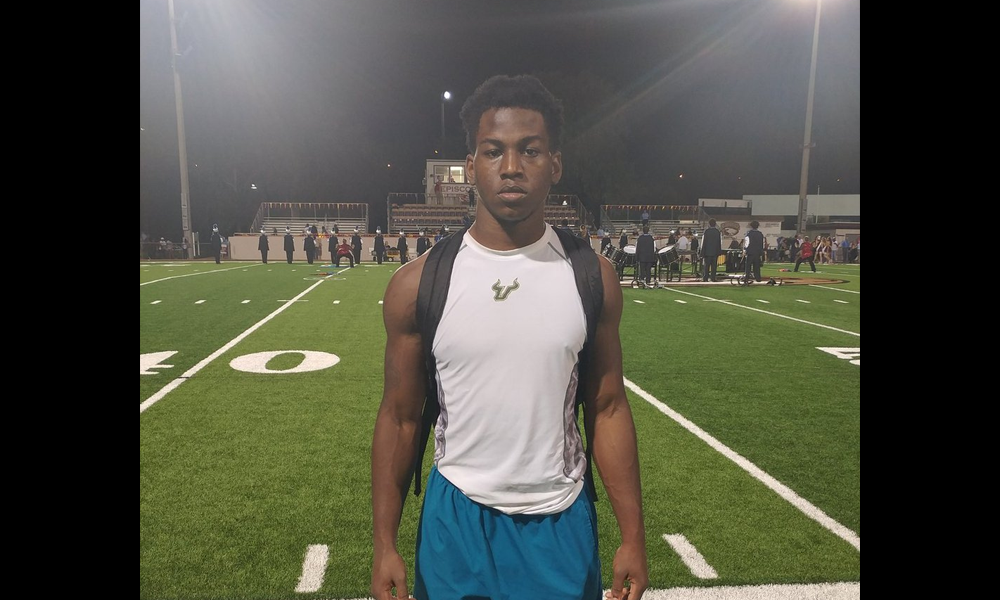 JACKSONVILLE, Fla. — On a day in which Trinity Christian was handed some disappointing news, they handled it the only way they know how – by winning.

And not only did they win, but they dominated Episcopal from start to finish, with a running clock beginning midway through the third.

The Conquerors and the Eagles traded a few drives to start the game before Trinity Christian got on the board midway through the quarter with a 25-yard touchdown pass from Legend Brumbaugh to Dylan Pate. Trinity Christain would force a punt on the ensuing defensive drive. On the first play after the punt, Trinity running back Rasheed Martin shifted and motored up the field for an amazing 80-yard touchdown run to put the Conquerors up 14-0. Episcopal would go three-and-out on the ensuing possession before a high snap on the punt attempt led to two more points for Trinity with 30 seconds left in the first.

Trinity Christian would continue to pour it on in the second quarter, with scoring plays of 52 and 58 yards. Episcopal (8-1) would finally find some success late in the half, moving the ball through the air on two passes for 80-yards and a touchdown pass to AJ Wooten from Jojo Brunell (2-pt was successful). Trinity led 30-8 at the half.

Trinity Christian (1-8) showed no signs of letting up in the second half, as senior DJ Matthews found Isaiah Washington on the first offensive play of the half for a 48-yard score. After forcing a three-and-out on the next Episcopal possession, the Conquerors added the final nail in the coffin on a 20-yard rushing touchdown from Kyjuan Herndon. The running clock would begin midway through the third quarter and the game was never in doubt.

Despite losing the turnover battle (0-2) and committing 9 penalties, the Conquerors just couldn’t be slowed on this night. The defense accounted for 8 sacks and held Episcopal to negative forty yards on the ground for the evening.

KEY PLAY OF THE GAME: Trinity quarterback Legend Brumbaugh’s 25-yard touchdown pass to Dylan Pate for Trinity Christian’s first score of the game midway through the first quarter. The third down play served as a jumpstart to Trinity Christian’s 44-17 dismantling of Episcopal.

STAR OF THE GAME: Senior DE/LB Brian Roberts created havoc for Episcopals offensive line all night, getting to the quarterback 3 times.

QUOTABLE I: Trinity Christian HC Verlon Dorminey on the way his team responded to forfeit news – “We had to win, we told them after devotions earlier in the day and told them we had to win, so we’re absolutely happy.”

QUOTABLE II: Episcopal HC Mark Brunell on having to play again on Monday – “I don’t understand how one school violates the rules and yet another school gets punished for it. I don’t think it’s fair, I don’t think it’s right and the FHSAA should handle this properly.”