Home Around The State ALL-STATE: Class 1A Superlative Nominations 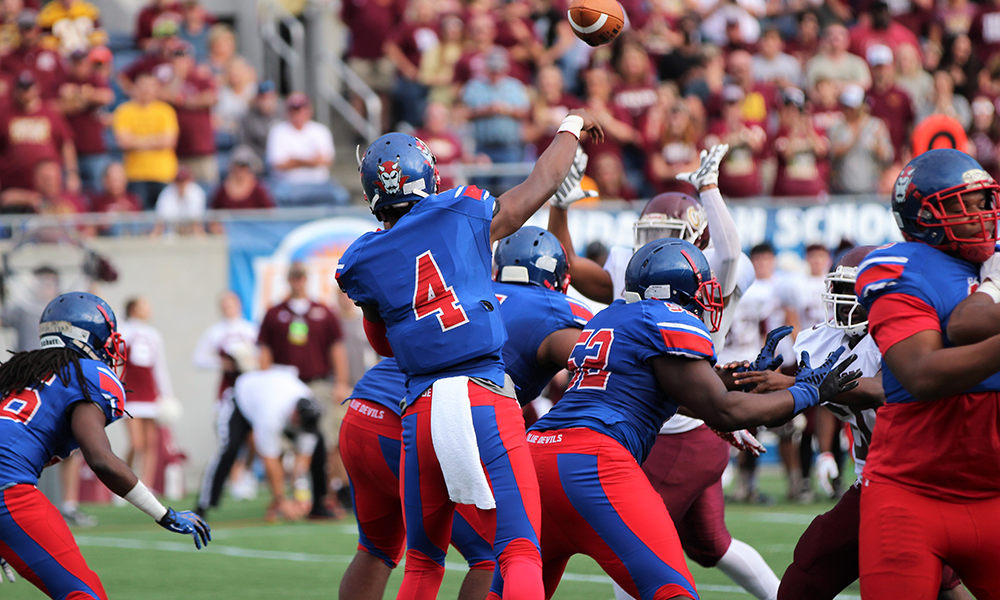 CLASS 1A OFFENSIVE PLAYER OF THE YEAR NOMINEES

CLASS 1A DEFENSIVE PLAYER OF THE YEAR NOMINEES

CLASS 1A COACH OF THE YEAR NOMINEES

Matt Brunson, Baker
Brunson led his alma mater back to the state championship game for the first time since 1993, leading the team to undefeated regular season record and a 13-1 overall record.

Mike Coe, Madison County
Coe always has his teams prepared for the toughest schedule he puts together and it showed once again why they were able to make a run to the state semifinals in early December. Madison County finished with an overall record of 11-1.

Joey Striplin, West Gadsden
It was one of the best seasons that West Gadsden has ever seen with Coach Stripplin guiding the way to a 10-2 overall record, winning the District 1A-4 championship and then knocking off 1A power Port St. Joe in the first round of the playoffs.

Richard Vester, Newberry
In his first year at Newberry, Vester guided a big turnaround for the Panthers leading them to within 2-points of a district championship and the team’s first playoff berth since 2012. Newberry finished with an overall record of 8-2.

Bill Wiles, Trenton
Back for his second stint in Trenton, Wiles was able to keep the winning ways going for the Tigers despite not being able to defend the school’s Class 1A state championship. Trenton finished the season as the District 1A-7 champions with an overall record of 9-2.