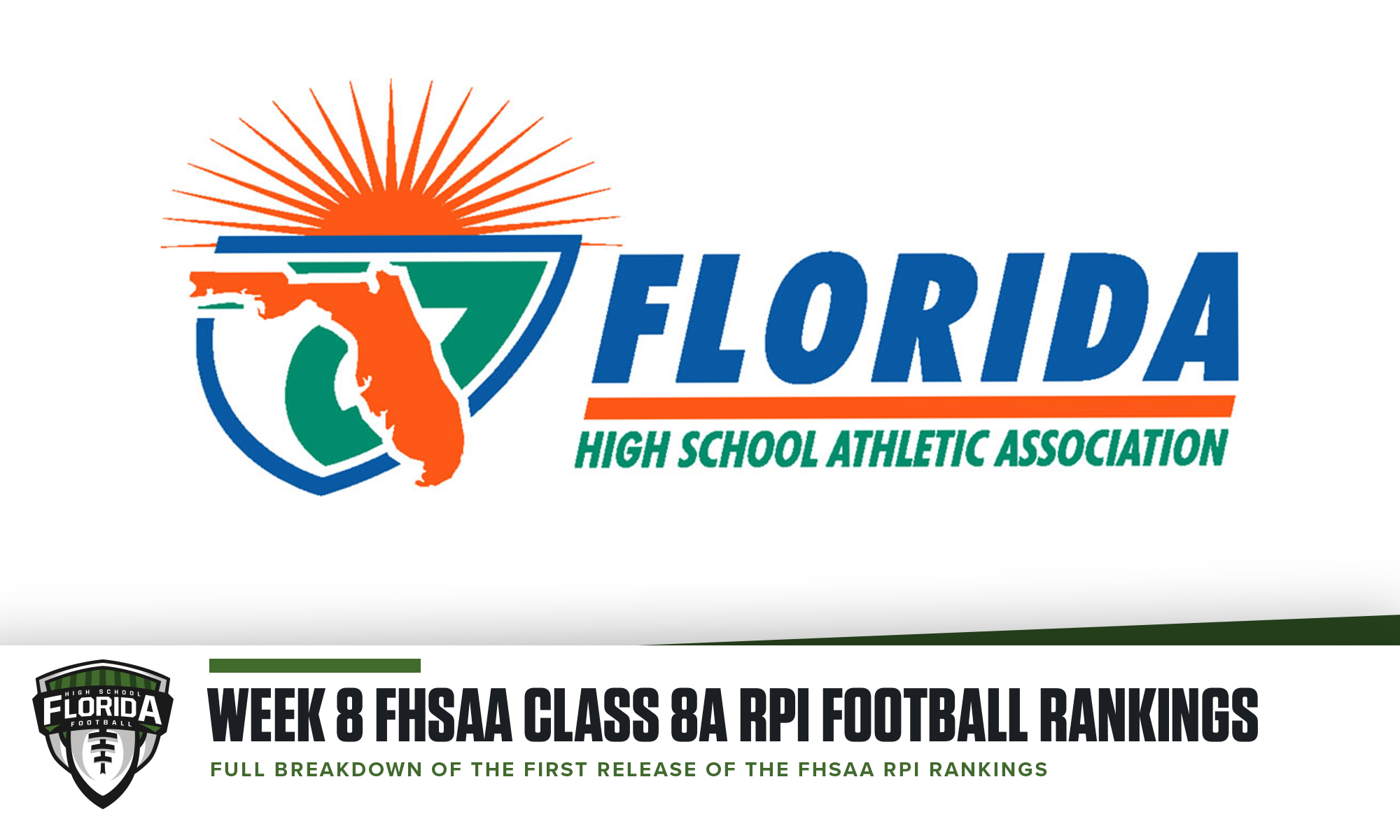 For Class 8A, you will find a breakdown of RPI rankings for each team in every region and a projected seeding (including tiebreakers) based upon the guidelines as published by the FHSAA (click here to view), as well as quick thoughts about each region.

QUICK THOUGHTS: No real surprises here starting out of the gate with the RPI rankings. There are some good teams like Evans, DeLand, and Winter Park that could make a push here and make things really interesting in the next three weeks with district games still left on the slate. Defending state champion Mandarin needs to win out to get back in the playoffs and defend their state championship as right now as they are currently 12th in the region which puts them four spots out from getting the No. 8 seed.

No. 5 Newsome
No. 6 Lennard
No. 7 Riverview (Riverview)
No. 8 Palm Harbor University

QUICK THOUGHTS: The thought of District 8 taking not one, not two, not three, not four, but FIVE teams into the postseason is mindboggling right now, but outside of the four potential district champions right now, the best football teams in that region are in that district. The biggest shock to most is not seeing Plant on here, which is 0-6 and lost their first district game in 15 years last week to Steinbrenner.

QUICK THOUGHTS: This is region is really interesting as the projected matchups could provide some interesting scenarios to how things could play out. However, with Vero Beach and Treasure Coast playing this week, expect things to change next week when we head into Week 9.

QUICK THOUGHTS: It is surprising to see Douglas at No. 1 in the region when we feel Columbus and South Dade have played tougher schedules to this point. However, this is not the end all-be all for anyone in this region as things are still very fluid and things will change over the next few weeks.