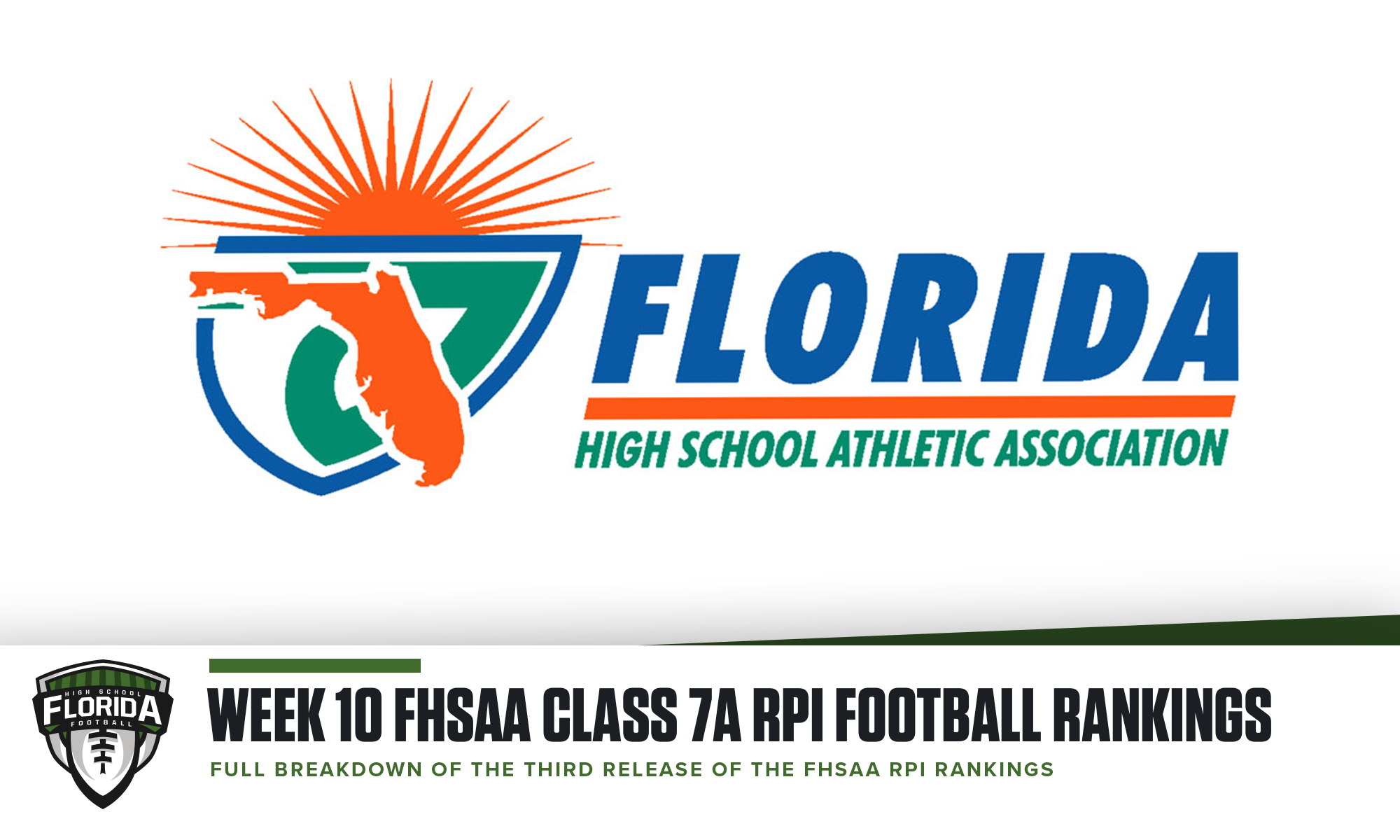 GAINESVILLE, Fla. – Nine weeks are in the books for the 2019 Florida high school football season and the FHSAA has given us another round of updated RPI rankings meaning we are another week closer to the playoffs.

QUICK THOUGHTS: Winter Springs currently leads East River and Lake Howell in the District 7A-4 standings which is why they continue to hold the projected No. 4 seed in the region. That district will get decided this week. The only major changes are Lincoln and Crestview exchanging the No. 6 and No. 7 seeds after Crestview’s big win over the Trojans on Monday night.

No. 5 Wiregrass Ranch
No. 6 Bloomingdale
No. 7 Tampa Bay Tech
No. 8 Melbourne

QUICK THOUGHTS: This week Lakeland and Armwood trade places once again in the 1-2 pecking order of the region and it will be interesting to see which team comes out on top for that No. 1 seed. District’s 7A-5 and 7A-6 will be decided this week and could shake up the standings next week if there are any upsets. Elsewhere, Wiregrass Ranch and Bloomingdale traded seeds from last week while Tampa Bay Tech and Melbourne hold the line on their projected seeds.

QUICK THOUGHTS: Palm Beach Lakes continues to hold the No. 1 seed with their district locked up, but Venice and Pinellas Park have traded the No. 2 and No. 3 seeds in the projected district champions race. Mitchell switches seeds with Manatee while Lakewood Ranch enters the projected wildcard race at the No. 7 seed while East Lake holds at No. 8.

No. 5 Plantation
No. 6 Blanche Ely
No. 7 Fort Lauderdale
No. 8 South Plantation

QUICK THOUGHTS: With the forfeits by Miramar, the Patriots have seen their playoff hopes come to a crashing end as McArthur clinched District 7A-15 last week. Hialeah also clinched District 7A-16 meaning that two of the four districts in the region are now secured. St. Thomas Aquinas and Atlantic continue to hold the No. 1 and No. 2 seeds and will have a chance to win their respective districts this week. The only other change in the region is with McArthur moving up to the District Champions list, South Plantation now as a legitimate shot of making the playoffs as they are the No. 8 seed this week.