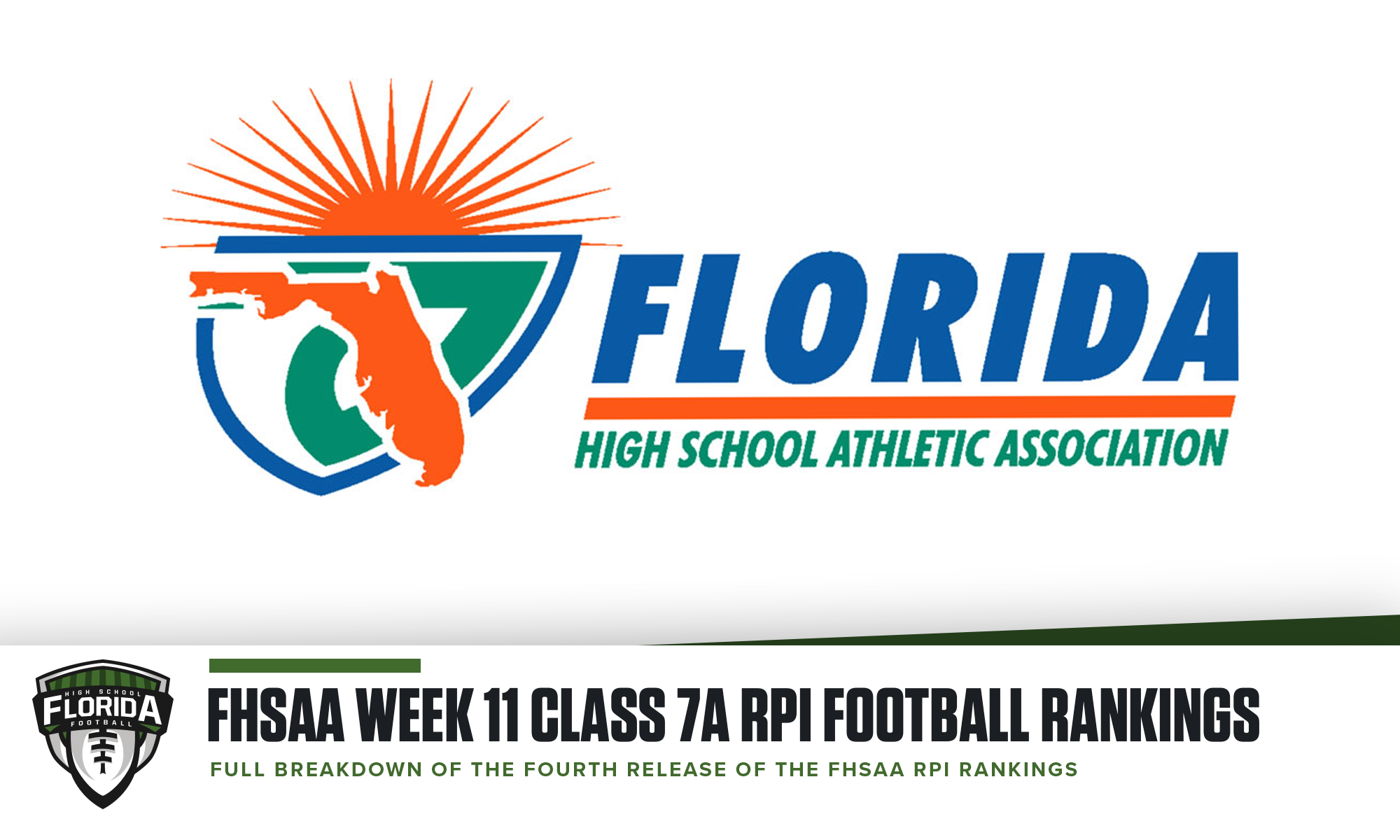 GAINESVILLE, Fla. – 10 weeks are in the books for the 2019 Florida high school football season and the FHSAA has given us another round of updated RPI rankings meaning we are another week closer to the playoffs.

QUICK THOUGHTS: With Winter Springs winning District 7A-4, they are in the playoffs. However, the biggest changes come in the wildcards where Chiles falls out of the No. 8 seed while Crestview falls from the No. 6 seed to No. 7 seed while Lincoln moves to the No. 6 seed. Navarre takes over currently as the No. 8 seed.

No. 5 Bloomingdale
No. 6 Tampa Bay Tech
No. 7 Wiregrass Ranch
No. 8 Melbourne

QUICK THOUGHTS: Once again Lakeland and Armwood have traded the top two seeds and who knows they may do it again when we see the official playoff brackets on Sunday. Outside of that, Bloomingdale moves from No. 6 to No. 5 while Tampa Bay Tech moves up from No. 7 to No. 6. Wiregrass Ranch moves down from No. 5 to No. 7 while Melbourne holds at No. 8.

QUICK THOUGHTS: While District 7A-9 is in a three-way tie, it appears that Mitchell will not be caught by Pinellas Park or East Lake to get the district championship, so we will call it now for Mitchell as district champions. With that said it shakes the landscape up some as Mitchell moves from No. 5 to No. 2 while Venice falling to Manatee moves them from No. 2 to No. 5. East Lake moves up a spot to No. 7 while Pinellas Park lands at No. 6 from No. 3. Sarasota currently holds the last seed at No. 8 bumping out Lakewood Ranch.

No. 5 Plantation
No. 6 Fort Lauderdale
No. 7 Blanche Ely
No. 8 South Plantation

QUICK THOUGHTS: With St. Thomas Aquinas and Atlantic locking up their districts, the Top 4 seeds remain unchanged going into this final week. The only changes were For Lauderdale moving up to the No. 6 seed while Blanche Ely falls back to the No. 7 seed.