Home Around The State 2017 FLORIDA ALL-STATE: Class 6A Coach of the Year Candidates 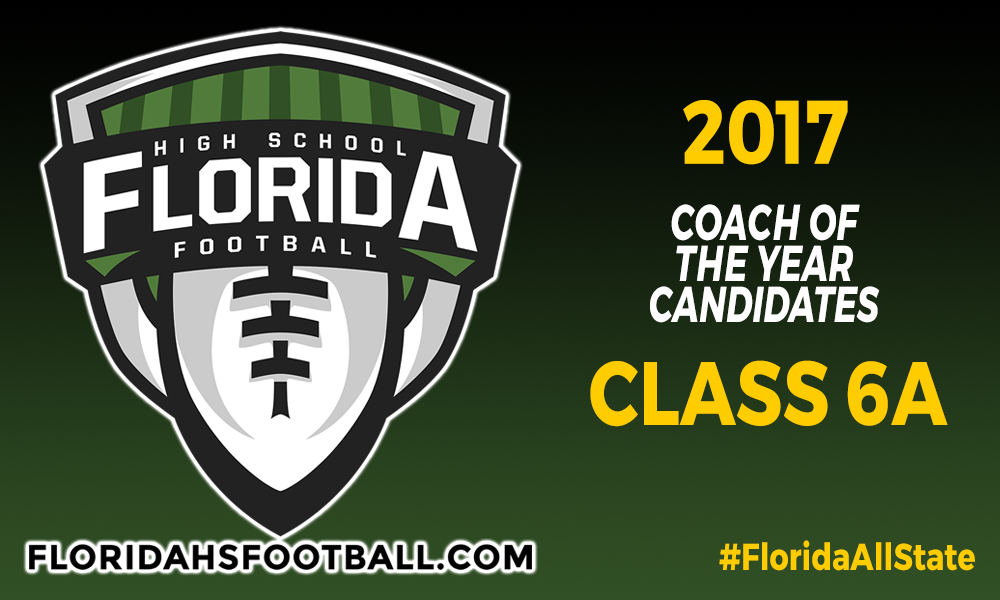 Without further ado, here at the candidates for 2017 Class 6A Coach of the Year:

• Evan Davis, Seffner Armwood (14-1) – In his first season as head coach at his alma mater, lead the Hawks to a perfect regular season and to their fourth state championship game appearance in five seasons.

• Brian Braddock, St. Augustine (12-1) – An alum of St. Augustine, Braddock led his alma mater to their ninth perfect regular season as under the St. Augustine and Ketterlinus High School names and their deepest playoff run since 2010.

• Andy Schmitz, New Port Richey Mitchell (11-1) – Lead school to their first perfect regular season in school history and the school first playoff win since taking over his father Scott in 2014.