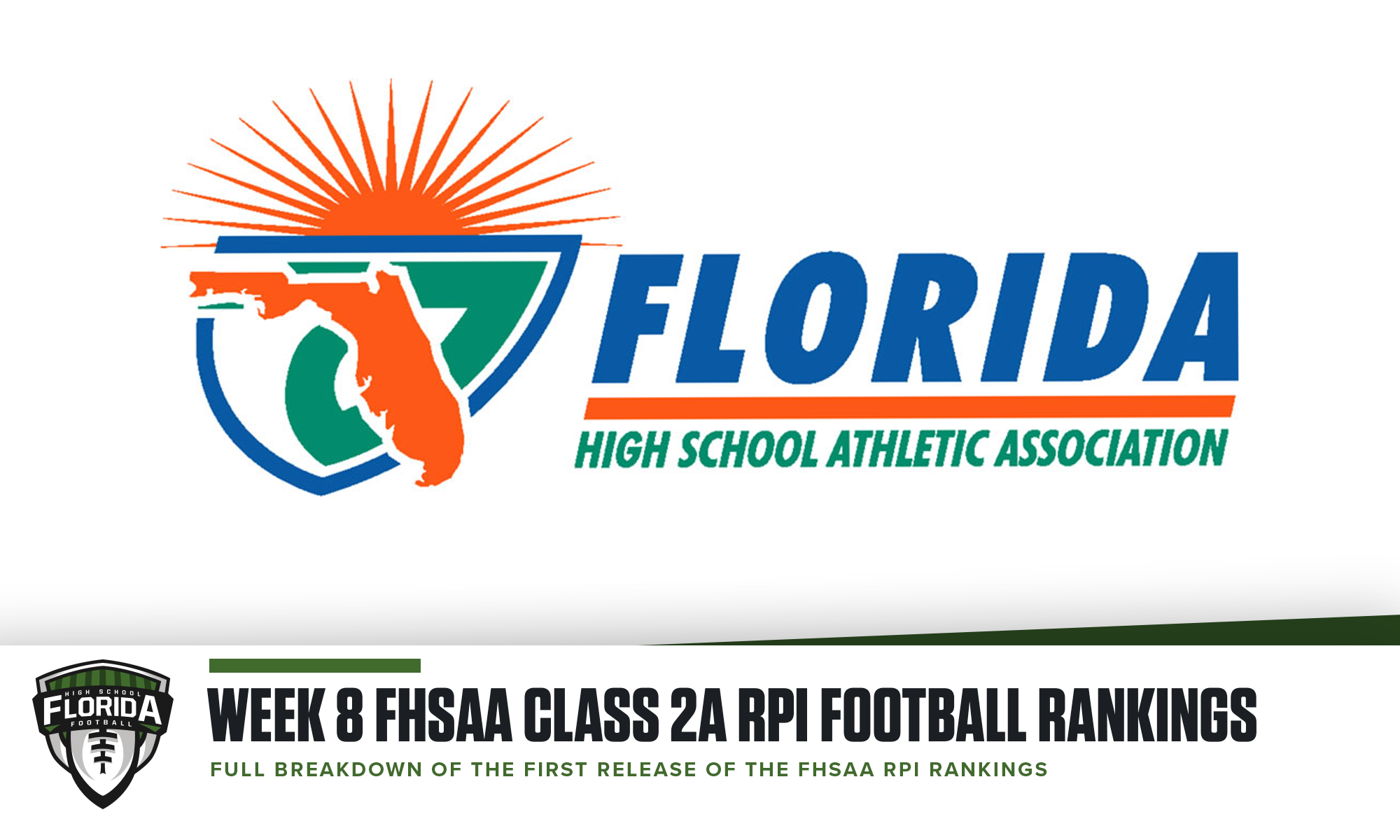 For Class 2A, you will find a breakdown of RPI rankings for each team in every region and a projected seeding (including tiebreakers) based upon the guidelines as published by the FHSAA (click here to view), as well as quick thoughts about each region.

QUICK THOUGHTS: Univesity Christian appears to be the clear cut top team in this region so far. Looking at the rest of the region, I think there is going to be a lot of fluctuation with the seeding over the next few weeks.

No. 1 Victory Christian – BYE
No. 5 Trinity Christian (Deltona) at No. 4 Orangewood Christian
No. 6 Saint Francis Catholic at No. 3 Oak Hall
No. 2 Foundation Academy – BYE

QUICK THOUGHTS: Cambridge Christian is the top team in the region despite getting upset by Seffner Christian last week. I really don’t think much is decided for most of the seeds in this region and the next few weeks will help clear things up.

No. 1 Champagnat Catholic
No. 2 Westminster Academy
No. 3 First Baptist (Naples)
No. 4 Miami Christian
No. 5 St. John Neumann
No. 6 Moore Haven

No. 1 Champagnat Catholic – BYE
No. 5 St. John Neumann at No. 4 Miami Christian
No. 6 Moore Haven at No. 3 First Baptist (Naples)
No. 2 Westminster Academy – BYE

QUICK THOUGHTS: If anyone wants to say that the formula is not working, they need to look again. Champagnat Catholic is the best team in this region and it is showing here. The thing to keep in mind is that their opponents are also winning games they are supposed to which is helping the cause. When opponents don’t win games they are supposed to, it can take a hit on the ranking. Still, a few more weeks to go so anything can change here.