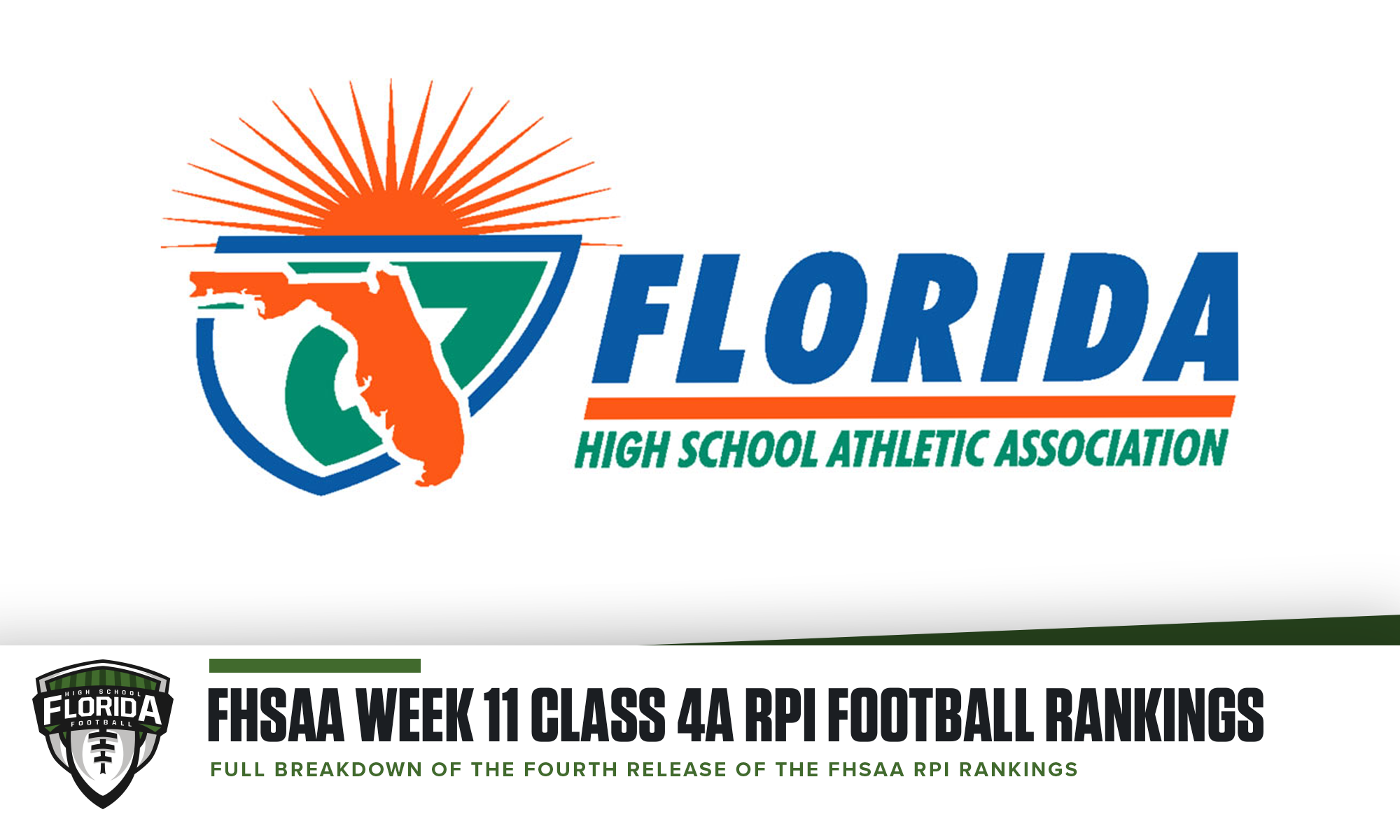 GAINESVILLE, Fla. – 10 weeks are in the books for the 2019 Florida high school football season and the FHSAA has given us another round of updated RPI rankings meaning we are another week closer to the playoffs.

QUICK THOUGHTS: The top two remain unchanged, but South Walton jumps from No. 6 to No. 3 while Bradford slides from No. 3 to No. 5. Santa Fe slides back to No. 6 in the region after being at No. 5 last week. Gadsden County is the one team knocking on the door, so this week’s results will matter to determine the final standings in the region.

QUICK THOUGHTS: The only thing that changes this week is the No. 2 and No. 3 seeds with South Sumter moving down to No. 3 and Keystone rising up to the No. 2 seed. Other than that don’t expect much change for the region when the playoff bracket is released Sunday morning.

QUICK THOUGHTS: With forfeits arriving at Glades Central, the Raiders saw their playoff hopes go up in smokes thus moving up Tampa Catholic, Lake Placid, and Clewiston a spot while Lemon Bay is now the new No. 6 seed for the region. At this point, I think the region is pretty much set for the playoffs but will be made official on Sunday morning.

QUICK THOUGHTS: The only change this week is NSU University School and Cardinal Gibbons once again trading the No. 2 and No. 3 seeds around. Other than that, everything else is the same compared to last week, but Monsignor Pace is knocking on the door looking at possibly getting the No. 6 seed.